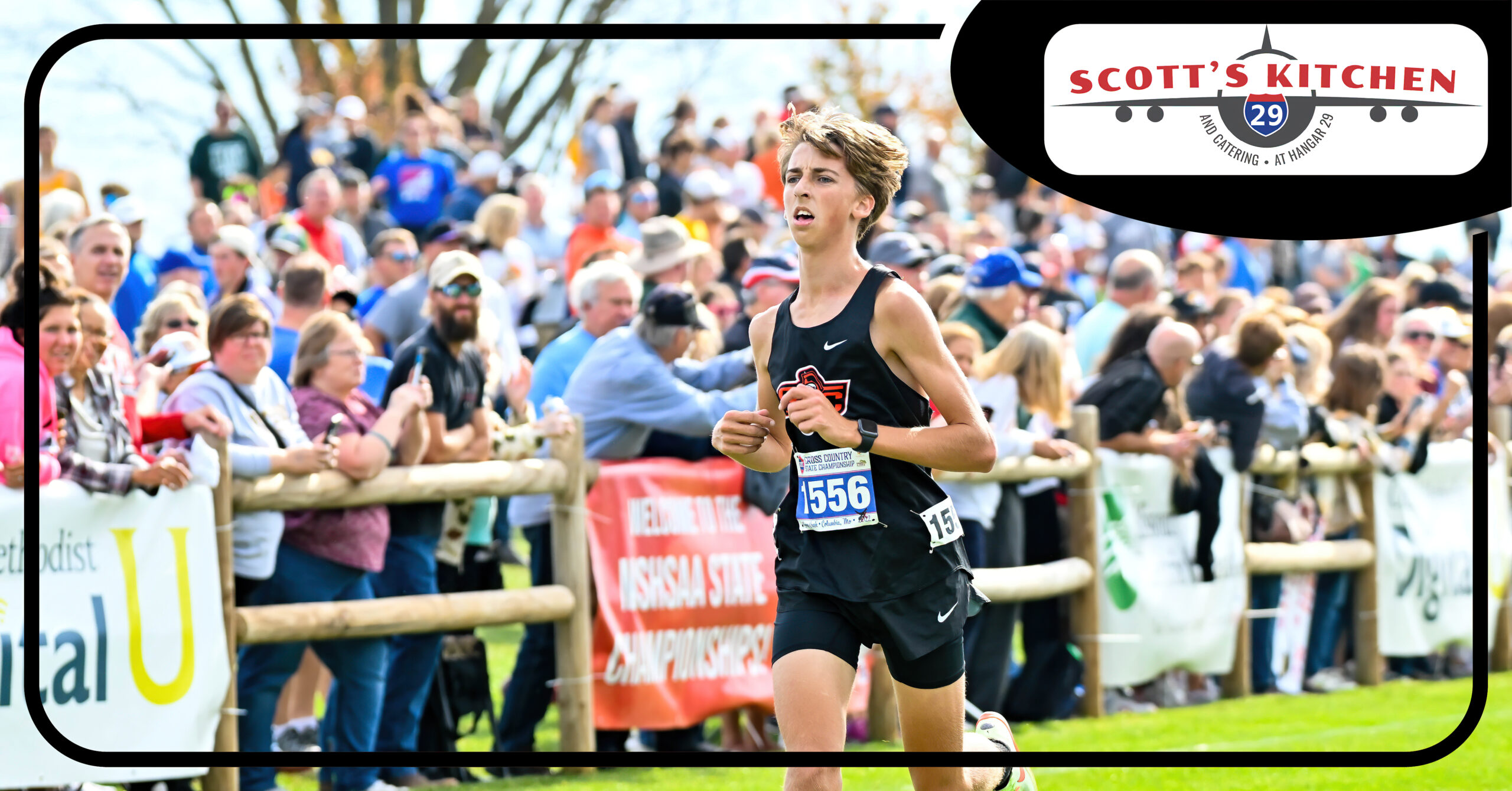 The time might not have matched up with expectations, but the results certainly did.

Platte County junior Andrew Johnson not only became the first top-25 finisher for the program in the Class 4 Missouri State Cross Country Championships since Nathan Straubel in 2014. Johnson finished eighth in Friday’s race at the Gans Creek Course in Columbia to earn all-state honors and a state medal to continue his rapid rise from a freshman low on the depth chart to one of the two best runners ever for the Pirates.

With Johnson leading the way and a total of four returning qualifiers in the lineup, Platte County ended up on the wrong side of a close finish with rival Smithville, which finished eighth and just one point in front of the ninth-place Pirates.

A year earlier, Platte County also finished ninth with the fastest collection of state times in program history but four points in front of the 10th-place Warriors. Times in general were much slower across the board with some high winds and humidity factoring into the performances.

The only three-time state qualifier on this year’s Platte County roster, Johnson bucked the trend, turning in a time of 16 minutes, 3.30 seconds — 10 seconds faster than his performance earlier in the season on the same course and 20 seconds faster than his 32nd-place time at state as a junior. He was a little more than 10 seconds off the career best time he set a week earlier to win the Class 4 District 4 individual title that helped the Pirates claim the team championship, as well.

“I thought it was a good race,” Johnson said. “It was definitely a lot tougher with all the wind, but I feel like in the end I tried my hardest and did all I could.”

Meinke, who first came out for the team just last year and quickly developed into a key contributor, ran slightly better in his second trip to state and jumped 40 places from his 97th-place showing in 2021.

Audas previously lost out on a potential state trip as a sophomore when he went into COVID-19 protocols as the postseason started in an unfortunate set of circumstances that left him unable to compete. He was just fractions of a second ahead of Meinke in last year’s state race at 96th and also made a big move up — nearly 30 spots — in the final race of his career.

Jenks, Ness and Herron were consistently jockeying for position in Platte County’s finish order throughout the season.

Continuing an impressive run of performances in recent weeks, Jenks improved his PR on the state course by more than 10 seconds from earlier in the season. Ness struggled in the late September Gans Creek Classic and bettered his previous time by nearly 31 full seconds.

Tanner Johnson’s career-best time came at state a year earlier when he placed 121st in his only sub-18-minute showing. He didn’t recapture that form this year but fought to hold his spot in the lineup as a senior and ended up a part of the Suburban Conference White Division and Class 4 District 4 champions in addition to the back-to-back ninth-place finishes at state.

This marked the third straight automatic state berth for Platte County, which has been eighth, ninth and ninth those three years in Class 4.

Platte County will be set to bring back six runners with state experience next year with sophomore Ben Letcher serving as one of two alternates at state. That will give the Pirates a chance to build on this year’s successes — especially if Meinke continues to make strides and the freshmen and sophomores show even a small amount of the development seen from Andrew Johnson since 2020.

The 16:03.30 is the second-fastest state and overall time in Platte County history behind only Straubel’s 15:50.06 in 2014. Andrew Johnson now has the next five times behind that mark, including his winning marks in the Sock it to Cancer Grain Valley Invitational, Suburban Conference White Division Championships and Class 4 District 4 meets — the first three victories of his career.