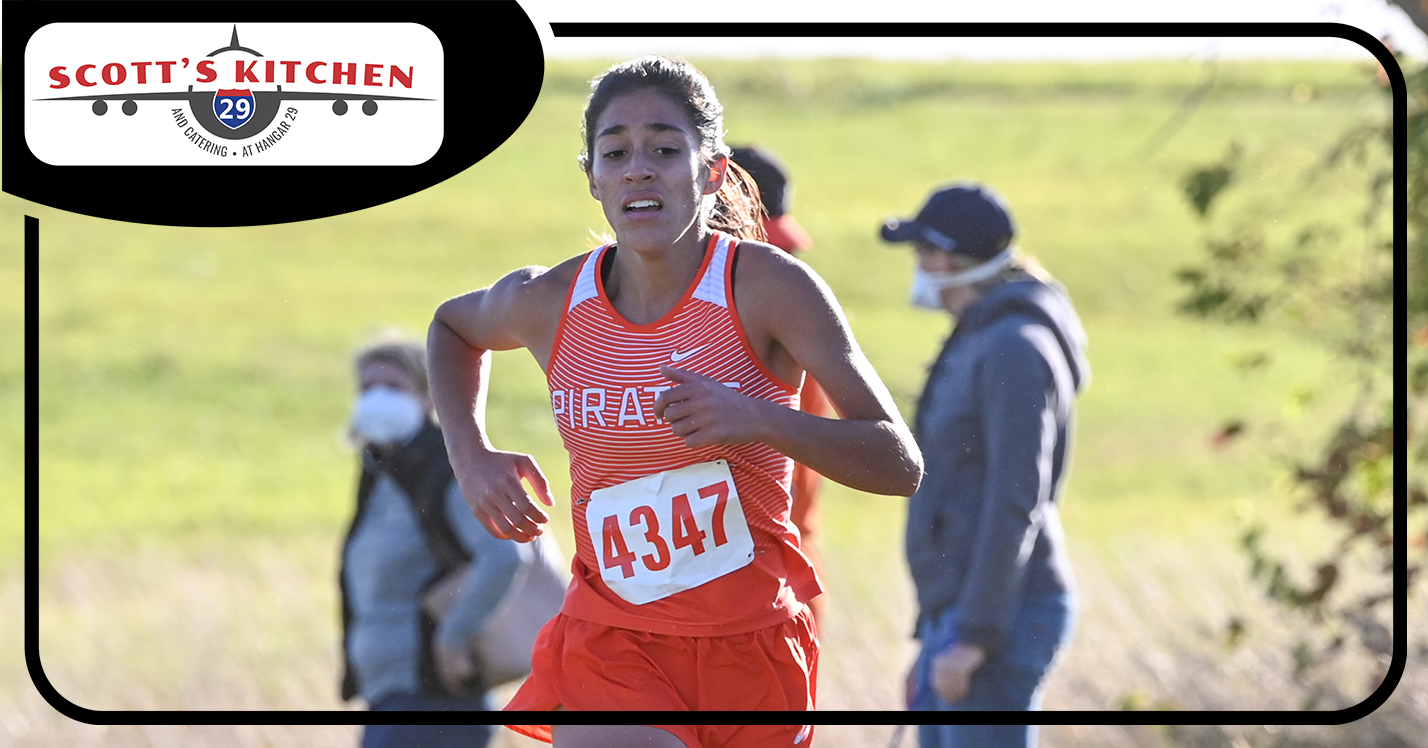 Gentilia goes into sophomore season with No. 1 potential

Platte County will essentially start from scratch this season after losing a collection of stalwart seniors and other runners not returning to the roster. Not to mention a first-year coach in Courtland Ingram, taking over for retired veteran Chris Stubbs.

The task of heading an experienced lineup almost assuredly falls to sophomore Carmen Gentilia, an immediate impact runner as a freshman. She consistently featured as one of the top five runners for Platte County in 2020, helping the Pirates to a Suburban Conference Blue Division runnerup showing and the first team state berth since 2010.

Gentilia even ran a season-best 20 minutes, 21.90 seconds in the Class 4 Missouri State Track and Field Championships — good for 46th-place.

However, Platte County lost seniors Maddie Klippenstein, Jenna Jurgensmeyer and Ryanne Rhude to graduation from a unique state squad, while sophomore Lydia Doole will not be back for a second season. The Pirates actually missed an automatic team state berth, placing third at Class 4 District 8, but the five individual qualifiers allowed them to compete as a team without the full benefit of seven runners.

Platte County finished eighth at state with Klippenstein, the clear No. 1 down the stretch, placing 42nd and Jurgensmeyer 49th. Rhude was 103rd but turned in the clutch performance the week prior at District 8 to secure the team spot.

The third-place District 8 team also included graduated senior Kaylee Major and junior Haley Brunner, also not back on the team.

That means this year’s lineup will start with Gentilia and be filled in by a combination of newcomers and junior varsity runners. Ingram expects junior Sloan Kassen and sophomores Alex Beeman, Julia Greco and Sisely Mitchell to be top candidates to earn spots. Mitchell qualified for the Class 4 Missouri State Track and Field Championships on the 4×800-meter relay and looks to build on that experience.

The task will be tall with other key losses including former individual state qualifier Taylor Giger, signed to Missouri State to continue her career after missing the majority of her senior season, and track and field standout Abbie Schwieder, who ran on the conference runnerup cross country team but not in the postseason.

Platte County saw the potential for success competing in the second largest classification after Missouri went to five tiers last season. The Pirates will look to quickly rebuild around Gentilia and the new faces with many on the roster still clamoring for spots at the back end of the seven-runner lineup.