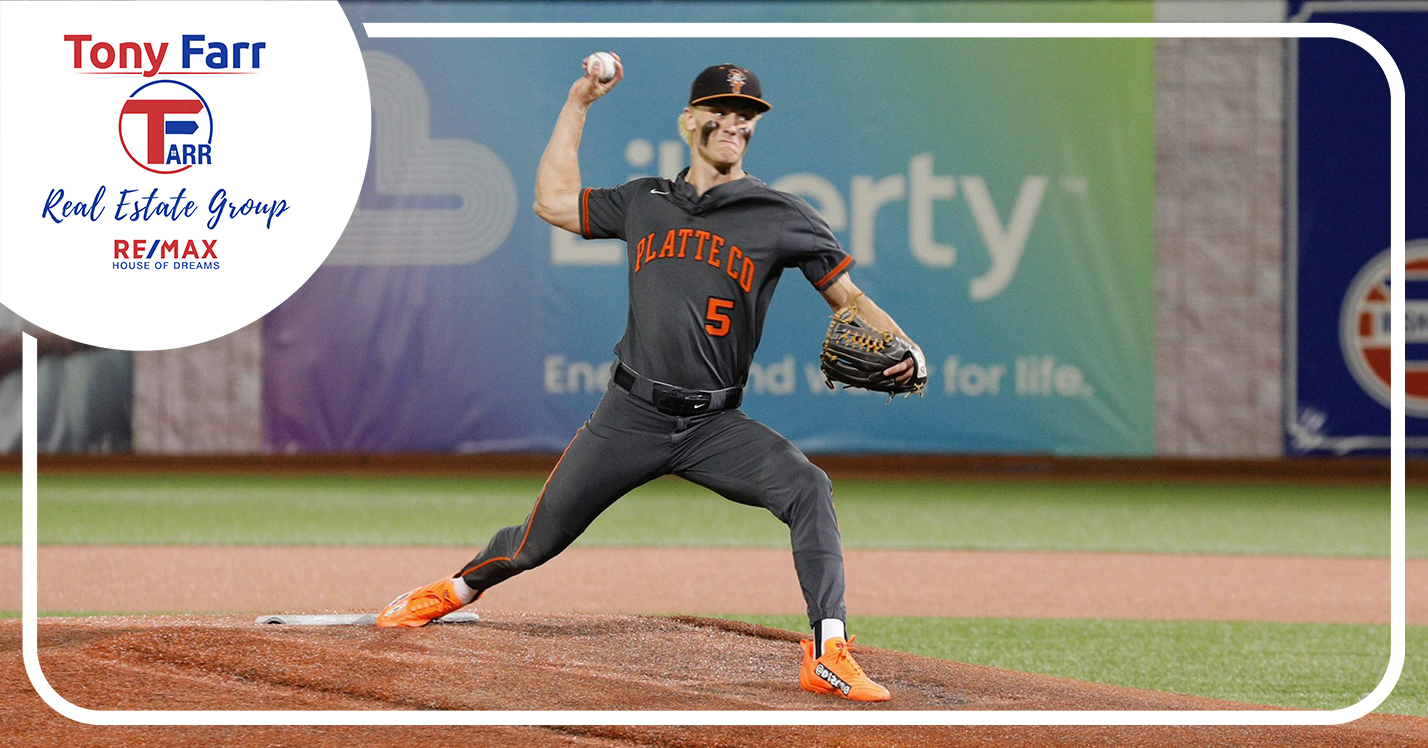 Platte County already knew big innings on offense were a part of their identity. The coaching staff also came up with a pitching plan for the Pirates chase of a state championship, making the relief needed a surprise to some but not all.

With senior starter Sawyer Allen on a strict pitch limit, Platte County coach John Sipes went to Landon Fulk in a two-strike count with two outs in the second inning. The senior right-hander responded in the biggest spot of his career — and biggest for the program in two decades — with 4 2/3 innings worth of clutch performance, earning the win in the Pirates’ 5-3 comeback victory over Fort Zumwalt East in a Class 5 semifinal late Friday night at U.S. Baseball Park in Ozark. Brayden Carter, an emerging sophomore left-hander, came on with one out in the seventh and a runner on base to record the final two outs and collect a high-pressure save.

Platte County senior Jake Knudsen provided the big hits with a pair of two-run singles, the first erasing an early 2-0 deficit to tie the score and the second providing the winning tallies in the bottom of the third.

“All I could really do was keep the ball down, not give up any big hits — especially limit the walks,” Fulk said. “I’ve had some control issues in the past, keep the ball and do what I can. Just get the dub. That’s all that matters.”

With the win, Platte County (26-8) returns to the state championship game for the first time since 2002 when the Pirates won the Class 3A state title in their only other final four appearance. They will play against Festus (27-8), which outlasted defending Class 5 state champion Willard for a 4-3 victory in Friday’s first semifinal.

First pitch is scheduled for 7 p.m. in Ozark.

Because of the pitching usage, Allen will be available to start against Festus, while Fulk could move back to his regular spot in left field. He yielded his spot in the lineup and on defense to junior James Schwieder against Fort Zumwalt East with the knowledge he would be taking the mound sooner rather than later.

The timing ended up being with Platte County down 2-0 and Allen facing the Lions’ No. 9 hitter while ahead in the count 0-2. Fulk’s first two pitches were balls before recording the strikeout looking, the third K of the frame to retire the lineup in order.

“We trusted Carter to come in,” Sipes said. “Actually, Fulk was only supposed to throw his 30 pitches and be done, and then we were going to go to Carter for his 30 because we wanted him for (the championship game), too. It was just completely off the trust for offense to produce and trust our guys to execute the plan. Landon came in and took the bull by the horns and made us look like geniuses.”

Platte County then responded with the first of two multi-run innings that put the Pirates ahead for the first time, and they wouldn’t trail again.

The same part of the order came through in the second and later in the third. In the prior, Platte County junior first baseman Dylan Robertson, batting cleanup, opened with a single up the middle, and junior third baseman Nick Baker (walk) and senior designated hitter Eli Nelson (hit by pitch) reached to load the bases against Fort Zumwalt East left-handed starter Lukas McGill, who went all six innings with one walk and five strikeouts.

Knudsen immediately followed with a single to left field to plate Robertson and Baker, while also moving to second on a throw home to the plate too late to cut down the second runner. Schwieder’s infield single loaded the bases again, and Platte County looked poised for another big early inning, reminiscent of seven scored against Smithville in the first inning of the Class 5 District 8 championship game and eight rolled up in the second inning of a Class 5 quarterfinal win over Webb City six days earlier.

“It might have been a good catalyst to get us started, but my teammates kept it going,” Knudsen said.

Instead Fort Zumwalt East induced back-to-back groundouts for fielder’s choice, the first recording an out at the plate to keep the score tied but junior right fielder Dayne Wimberly’s to shortstop scoring Knudsen with the go-ahead run. The score remained 3-2 when McGill recorded the final out on the next pitch with a flyout.

Fulk went to the hill to start each of the final four innings and worked around runners in all but one with Fort Zumwalt East having the most success in the top of the third after losing the lead. The Lions opened with a walk but only managed to put the runner at second on a ground ball for the second out, but cleanup hitter Parker Davis’ two-out single tied the score at 3-3.

Robertson immediately jumpstarted Platte County with one out in the bottom of the third with a double to center field, and Baker singled and advanced to second when Fort Zumwalt East threw to the plate to force the runner to hold at third. With two in scoring position, Nelson struck out to bring Knudsen back to the plate. He responded by dumping a single into short right field to score both runners and make it 5-3 with Baker crossing the plate before the Lions ended the inning with a throw in behind Knudsen to tag him out trying to advance to second.

“It was just staying calm, cool and collected in those big moments, sticking with what we practiced all year — that nice smooth swing, staying tight,” Knudsen said. “That was the big focus, and it just worked out.”

The final 3 1/2 innings were scoreless for both teams.

Fulk ended up throwing 76 pitches, allowing four hits and three walks, while striking out six before giving way to Carter. He entered each of the past two seasons as Platte County’s potential No. 2 starter with control issues plaguing him and ultimately changing his role both times. A touch of those vulnerabilities showed in this outing but only after allowing his only run in the third and retiring the Lions in order in the fourth.

In discussions with assistant coach Neil O’Brien, Fulk opted to stick almost entirely with his fastball and challenge the Fort Zumwalt East lineup to hit his best pitch.

“I like to mix up my deliveries a lot,” Fulk said. “This past week at practice, I’ve been going straight stretch — all fastballs — trying to get everything over 85-plus. Like OB and I talked about, if I throw over 85-plus, there’s not many kids that can hit that here. We just did that executed well.”

Fort Zumwalt East couldn’t capitalize on a two-out double and intentional walk in the fifth, and Fulk struck out back-to-back batters in the sixth after allowing a leadoff single in the sixth. Logan Schwerdt followed with a two-out single for the Lions, who were looking to cut the deficit in half.

Instead, Wimberly came up throwing from right field, and Knudsen tagged out the courtesy runner at the plate to keep the advantage at 5-3.

“That was big,” Knudsen said. “It was a great throw, and we were able to get that third out. It was real big at the end of the inning — a big momentum switch, too.”

In the seventh, Fulk opened with his final strikeout but then issued a walk to leadoff hitter Alex Huebner after having him down 0-2. Carter, who only made his varsity debut in early April in Platte County’s shutout of Class 6 finalist Liberty North, came on to face the potential tying run. The Pirates escaped despite a line drive to center field for the second out.

Deep in a 2-2 count, Fort Zumwalt East’s final at bat ended when Eric Williams hit a grounder deep in the hole to Platte County senior shortstop Cameron Lewis, who fielded cleanly and threw over to freshman second baseman Dayton Doll for the final out to set off a celebration of the opportunity created. The Pirates have now won 16 of 18, collecting those victories in a variety of manners, including coming from behind in their first two district wins and the state semifinal.

Platte County collected only seven hits total against McGill with Robertson’s double the only one for extra bases. He finished 2-for-3 with two runs scored, while Baker went 1-for-2 with the walk and two more runs. Doll came up with the Pirates’ only hit in the final three innings, a one-out single in the fourth.

McGill retired the final eight he faced to give Fort Zumwalt a chance to come back. He showed few signs of the pending trouble he encountered in the second and the third when he retired the side in the bottom of the first on just seven pitches. The Lions provided him with a two-run cushion in the top of the frame, recording four straight one-out hits — a double and three singles.

Allen escaped the jam with a 6-3 groundball double play to Lewis, and he then recorded a pair of strikeouts and appeared on his way to a third before Platte County went to the unique pitching plan when he hit a 29-pitch limit after two strikes to the next hitter. He finished with three strikeouts and no walks and now has a chance to pitch the Pirates to a second state title tonight.

In 2002, Platte County’s Tyler Shaw threw a no-hitter with 15 strikeouts in the Pirates’ 19-1, five-inning victory over St. Mary’s (St. Louis) to capture the 3A title. Allen has a six-inning perfect game to his credit this year against Winnetonka.