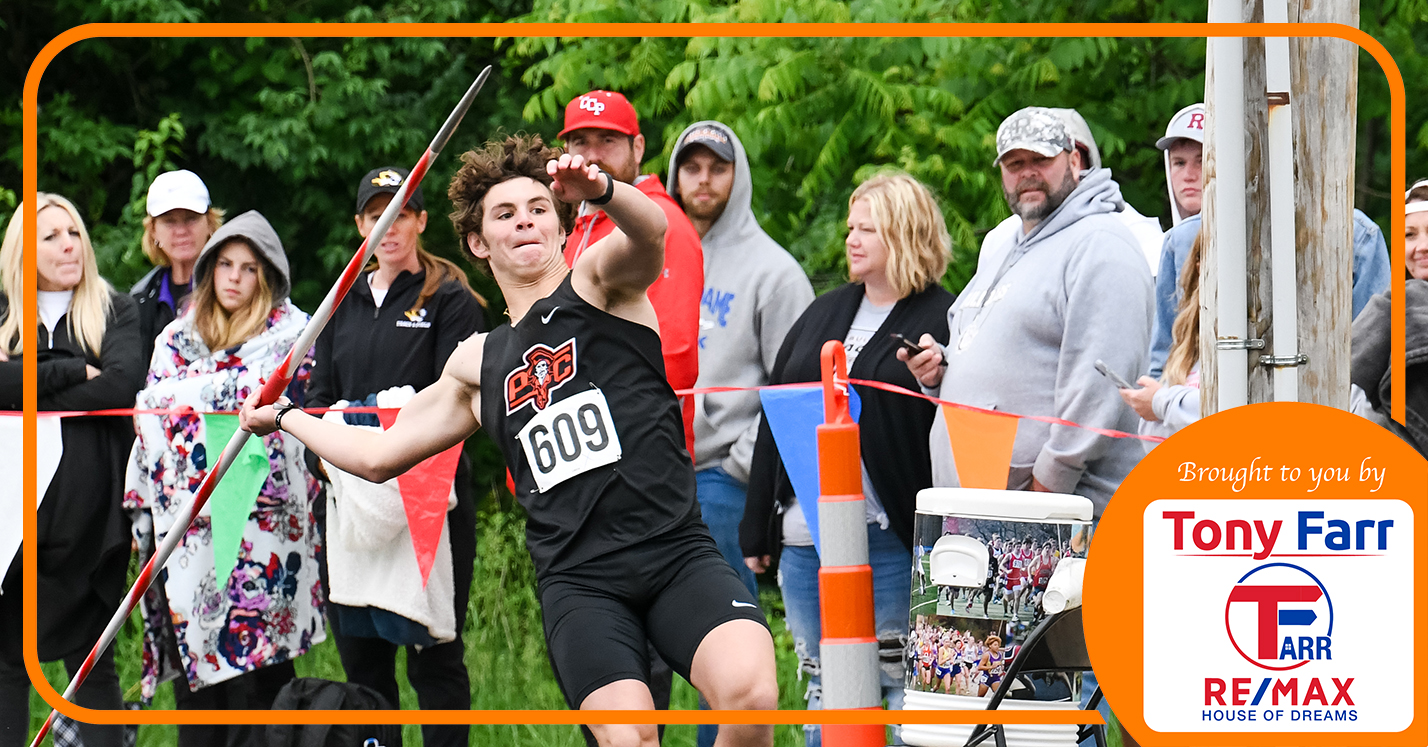 Platte County’s two top-eight state finishers took much different paths and were at different points in their careers during a turbulent one-day meet on unseasonably cold Friday at Adkins Stadium. The Pirates came into 2021 off of a lost spring season and nothing but question marks.

The results of the first state meet were predictably mixed for Platte County, which scored six team points and tied for 29th in the final team standings. Fowler placed fifth in the javelin, while Schultz placed seventh in the high jump.

“It’s been an exciting year for me. That’s for sure,” said Schultz, who played wide receiver on the Class 5 state finalist football team and led the Pirates basketball team to a share of a conference title before track season.

Fowler, a junior, nearly toppled the school record in the javelin and won the Class 4 Sectional 4 title a week earlier. He didn’t participate in the event until this season, yet wound up fifth out of 16 competitors to earn his first medal in his first trip to state.

Well down the standings after two out of four throws, Fowler’s third attempt went 47.91 to vault him into fifth, and he held that position until the end. He opened the year at 39.59 meters in his first competition but found his form near the middle of the season.

“At the beginning of the year, I didn’t really have my right steps. So I went to work on that, got my right steps down,” Fowler said. “Once I kind of figured it out, it just like snapped. I just started throwing it further.”

Fowler’s season nearly ended in the Class 4 District 8 competition when a season-low 38.99 mark on his final try placed him fourth and advanced him. He then won the Sectional 4 title with another late effort of 49.61 that came up just 7 inches short of Dakota Schmidt’s school record of 163 feet, 4 inches set in 2018.

“I was shocked, too,” Fowler said. “I just kind of ran, sprinted and threw it. I don’t know. It just happened.

“I definitely want to beat the school record, for sure, and win state, duh.”

Schultz made the postseason roster in 2019 as a wiry, lanky sophomore but did not advance out of District 8.

After last season’s cancelation, Schultz entered his final season with high expectations but little time to reach his potential. He opened his first state meet in the morning high jump competition and endured a lengthy delay while one of the event’s competitors competed in an on-track event that forced a temporary stoppage to await his return.

Schultz eventually cleared 1.92 meters for the fourth time in the last five meets but did not match his season-best of 1.93 meters set at District 8. The mark placed him alone in seventh for his first state medal.

Surprisingly, Schultz indicated after the meet that there’s now a possibility he might continue high jumping in college at the University of Saint Mary where he is committed to play basketball.

“Ending in seventh is not where I want to finish, but a state medal is nothing I can complain about,” said Schultz, who was chasing the school record mark of 6 feet, 6 inches set by older brother Kevin Schultz in 2014 (1.93 meters translates to 6-4).

Schultz’s high jump delay allowed him to enter the afternoon triple jump late knowing what mark he needed to hit, and it would have taken a season-best. Schultz was consistent on all four attempts going 12.78, 12.81, 12.81 and 12.80 meters.

Coming into the meet, Schultz’s career-best was a 13.26-meter mark to win District 8, and 13.30 meters ended up the eighth-place state distance for the final medal.

“It’s cold out here,” Schultz said. “That’s not the finish I ever wanted to have right there. It was a bad jump to end my high school career, but I’ll take it for what it is.”

Outside of Fowler and Schultz, the rest of Platte County’s inexperienced state qualifiers endured a tough day. The Pirates’ 4×100-meter relay team of juniors Trevor Scott and Victor Sewankambo and sophomores Garrett Smith and Carter Salzman entered with the fifth-fastest qualifying time but were disqualified due to the first baton exchange occurring outside of the zone.

After Salzman and Scott miscommunicated, the other two exchanges were also way off, and Platte County’s time of 47.51 seconds that wouldn’t count put them at the back of the standings. The Pirates had set the school record in a runnerup finish at Sectional 4 with a time of 43.57 seconds, bettering the 43.81 mark of the 2009 team (Karim Tanus, Anthony Carter, Dustin Menk and Kenny Lightner).

Sewankambo also competed in the long jump as the fourth-place qualifier out of Sectional 4. He fouled on his first attempt and posted a best mark of 5.98 meters to place 15th, while off of his season-best of 6.38 meters set in a fourth-place finish at District 8.

Platte County junior Andrew Early also competed in two events, both in a back-to-back portion of the morning. He faded out of contention and came in 15th in the 3,200, posting a time of 10:05.45 after setting his career-best at 10:00.19 a week earlier.

Early also subbed into Platte County’s 4×800 for a second straight week. The Pirates were forced to make another change, as well, with senior Blake Bjustrom running the opening leg and junior Jace Trimble in the No. 2 spot. However, sophomore Ryan McCoy ran the third leg in place of absent senior Andrew Plymell, while Early brought the team in for a 14th-place finish at 8:50.33 — almost 9 full seconds off the season-best time.

Bjustrom ended his career as a two-time state qualifier in the 4×800, having run on the 11th-place state 4×800 in 2019. He was the only member of the Pirates back from a team that tied for fifth in state that season.

Despite the inexperience, Platte County placed second in conference, second at District 8 and fourth at sectionals. The Pirates will now return all but Bjustrom, Schultz and senior Jaden Burnett from this season’s state contingent. Burnett was a relay alternate and sectional qualifier in the 200 and 4×200.