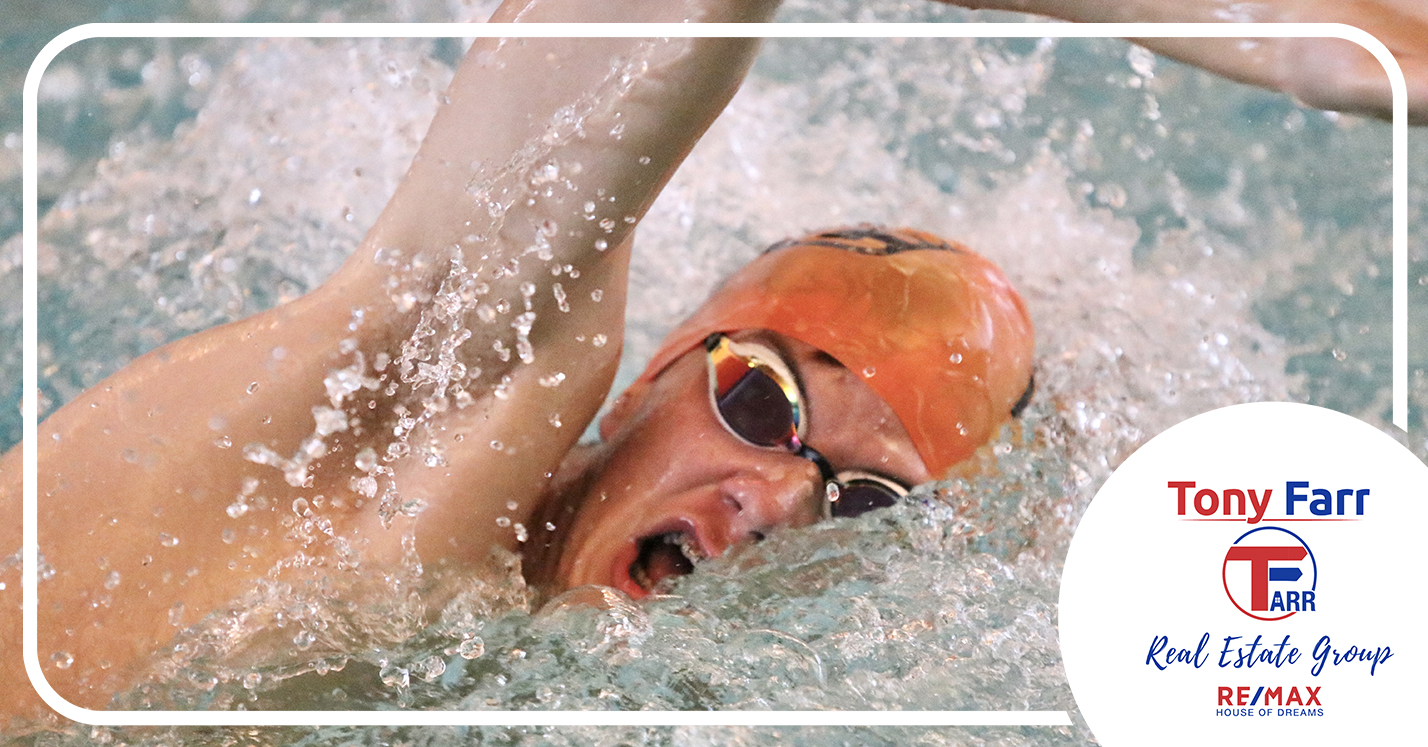 Platte County senior Dylan Bietz swims his leg of the 400-yard freestyle relay during the Battle of the Northland on Saturday at Park Hill Aquatic Center. ROSS MARTIN/PC Preps Extra

KANSAS CITY, Mo. — Platte County took an opportunity to look at this year’s expected mix of experienced upperclassmen and freshmen in a tough field. Early returns were overwhelmingly positive.

A year ago, only Bietz and Burton reached the state meet as individuals, and the 400 freestyle relay posted the only all-state showing for Platte County.

“It was more of a just see-where-we-are kind of day,” said Bietz, who was third in the 50-yard freestyle and sixth in the 100-yard freestyle in the season-opening meet. “I know the hopes were pretty high when we came here. (It’s) not as good as I wanted to be, but maybe the next home meet we’ll be completely hyped and ready to go.”

Keith made a particularly impressive debut with the best individual finish, placing second in the 200 individual medley in 2:07.69. He later added a fourth-place showing in the 100 breaststroke (fourth), outpacing senior teammate Christian Yocklin (sixth).

Gutshall also competed in two individual events and came in just under the state consideration cut in the 100 backstroke, coming in fourth at 1:03.35. He needs to cut about a second and a half off of his 100 butterfly time to hit a state mark there, too.

Notably, Palmer and Gutshall won the first and slower heat in each of their state-qualifying swims, not having the race’s top competitors to push them.

“They did amazing today,” Bietz said. “They performed exactly how they said they wanted to, and they also performed just as good as I wanted them, too.”

Impressively, Platte County’s freshmen don’t even feature prominently on the relays — at least not yet. The Pirates were third in 200 medley relay and fourth in both freestyle relays but still put themselves in contention for state spots already.

Starting this season, the Missouri State High School Activities Association did away with automatic state qualifying times and simply went to consideration cuts across the board. That means the top qualifiers in each event have a chance with each swimmer limited to only two individual events in the postseason.

Platte County will have ample opportunities to fine-tune the lineups and cut time but showed well in the first opportunity.

A member of both of last year’s state relays, Bietz also went to state as a junior in the 50 freestyle and 100 freestyle and hit his consideration cuts in both at Park Hill. He put up a 23.28 in the shorter race, about a half second off his career best in the event, while going 53.58 in an extremely strong field in the longer of his two individual races.

While Gutshall will be chasing his 100 butterfly state consideration time, Burton hit his out of the gate, placing fifth in 1:00.44, still nearly 3 full seconds off his personal record. He went to state in the butterfly and 100 freestyle as a sophomore.

“This year, I want to bring 12 people who actually swim and have more than just me and Collin doing individuals, have full relays and everything,” Bietz said.