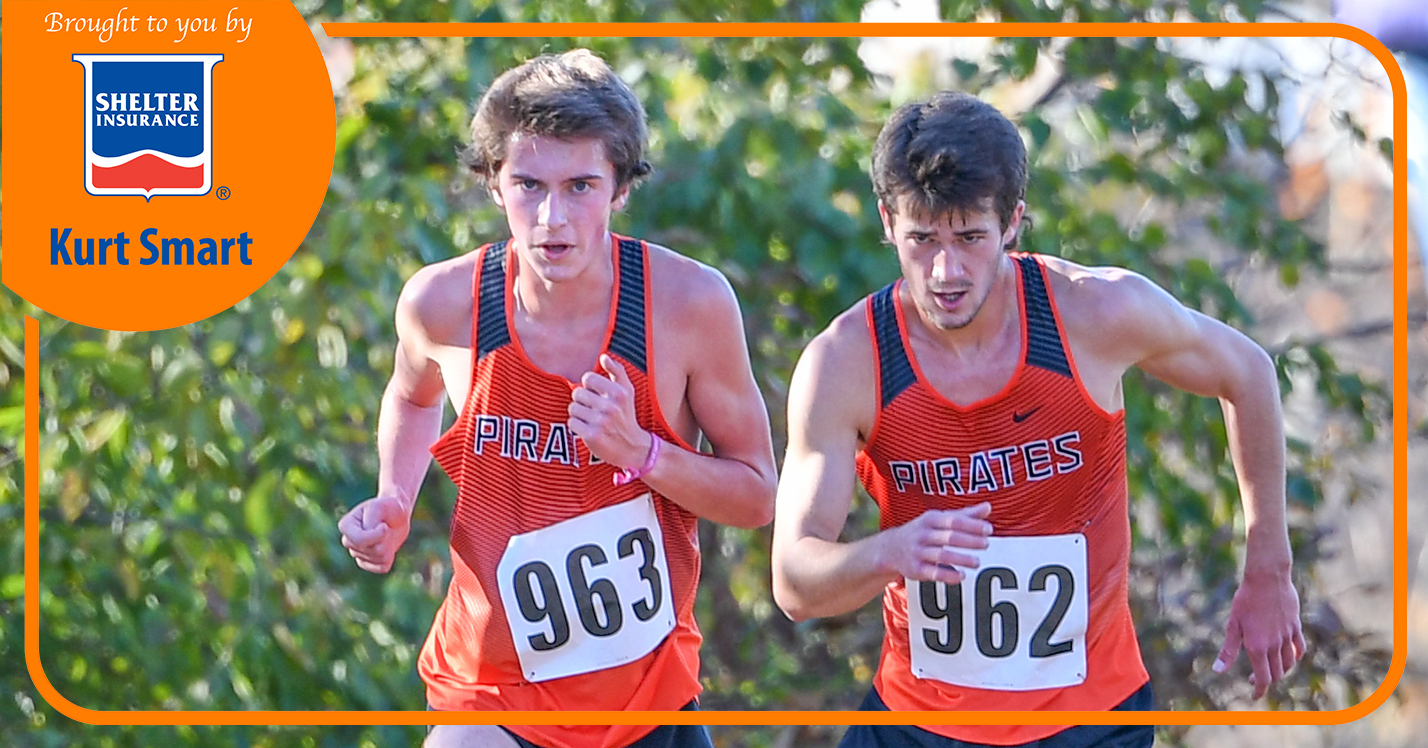 A year ago, Platte County completely reconfigured a lineup with only one returning runner and ended up as the Class 4 District 8 champions, placing eighth a week later in the Class 4 Missouri State Cross Country Championships. In the first season of a five-tier postseason format, the Pirates excelled, and now with the returning experience, they have the opportunity for another special season.

Only two seniors were in the top seven for Platte County in 2020, and seniors Andrew Early and Jace Trimble and sophomore Andrew Johnson should top a deep lineup. First-year coach Courtland Ingram, taking over for retired veteran Chris Stubbs, knows he will have six very experienced runners committed to keeping the success going.

“Endurance training is not a secret,” he said. “It requires some sacrifice of time daily for weeks, months and years. Our kids do a great job and show that you can have success and be impactful in the classroom, field, community, and culture of a school. We are lucky to have such great coaches and parent support. I am very proud and thankful for all the kids who we have on our team and feel lucky to have them with us on this journey.”

This year’s journey starts without graduated senior leader Blake Bjustrom, the one known commodity a year ago who went on to become the Class 4 District 8 title (first for the program since Brandon McCammon in 2003) and place 35th at state — the best for any of the Platte County’s 12 state qualifiers between the boys and the girls. However, Early developed into a consistent No. 2 for the Pirates, and he bettered Bjustrom in the home Platte County Invitational, placed second behind him in the District 8 meet and came in 56th in his state debut.

In addition, Trimble came in a key sixth at District 8 to ensure Platte County would hold off rivals Kearney and Smithville in the team standings. The Pirates ended up beating Kearney by 22 points in what became a runaway for a motivated roster that saw a Suburban Conference Blue Division title stripped a few weeks earlier due to a coaching error that result in disqualification.

The top two teams qualified automatically for state in a new postseason format that put Platte County in the fourth of five tiers, and that meant the Pirates also sent Johnson, graduated senior Andrew Plymell, senior Anthony Talley and junior Aspyn Nelson to state. Nelson subbed in for junior Kage Audas, who spent most of the year in the top seven before being forced out of the lineup for the postseason due to a COVID-19 exposure protocol.

Johnson came up with the biggest breakthrough for Platte County, breaking 18 minutes for the first time in his budding career to take 68th at state, while Plymell, the only other loss from last year’s top seven, came in 80th. Trimble came in just 2 seconds back of Plymell in 83rd.

All seven made their state debut, meaning five will be back with that key experience, and Audas will be hoping to get the opportunity he lost out on in his sophomore season. Ingram also expects sophomores Kade Meinke, Ben Letcher and Scott Sellers to have a chance to push into the lineup.