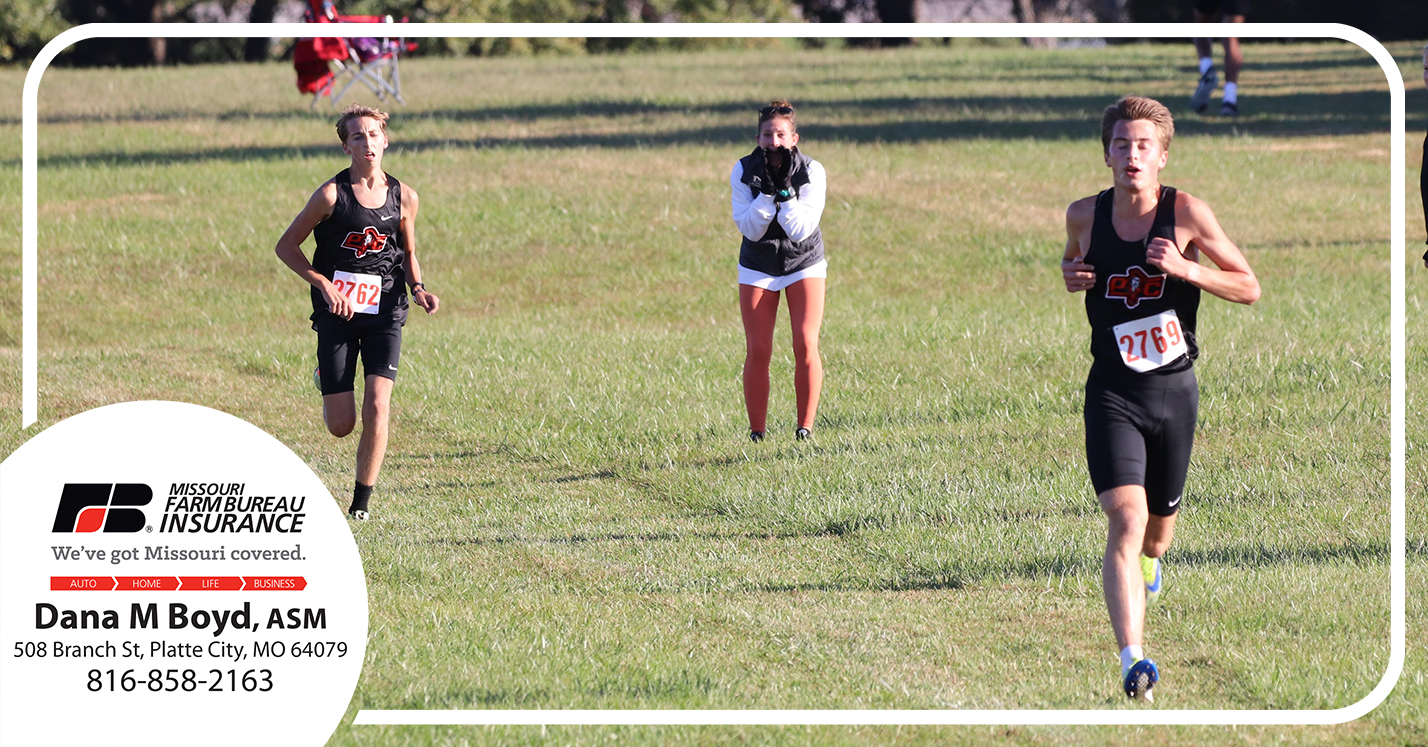 In the tightest finish possible, Platte County topped Smithville by one point with the two teams combining to have the top 12 finishers Saturday at Smith’s Fork Park in Smithville. A year earlier, the Pirates seemingly captured the crown before a coach’s error led a team disqualification and allowed the Warriors to leave Platte Ridge Park with the Blue Division plaque.

Many factors combined to to put that disappointment in the past and result in the program’s first conference title since 2017.

Andrew Early, Platte County’s senior No. 1, claimed individual medalist honors and became the Pirates’ first conference champion since Jackson Letcher led the Pirates to that most recent team championship. Platte County sophomore Andrew Johnson made a late dash to finish as runnerup and challenge his teammate at the line. Pirates senior Jace Trimble continued to follow last year’s track of peaking late and held off Smithville freshman Liam Adair by just 2 second for fourth, and junior Kage Audas, sophomore Kade Meinke and junior Tanner Johnson finished 10th through 12th to wrap up the final points needed for a team total of 28.

However, the No. 9 finisher was the sixth runner for Smithville and didn’t count toward the team score of 29. Similarly, Tanner Johnson’s 12th-place showing didn’t factor for Platte County in a rare 1-2 show of dominance for the top two teams in the five-team field. All seven of Smithville’s runners earned all-conference honors, but they couldn’t do enough to overcome Platte County’s 1-2 punch at the top

Early finished in 16 minutes, 57.50 seconds to continue his four-year improvement in all-conference finishes. He went from ninth in 2018 to seventh in 2019 to third a year ago before claiming this year’s individual title.

Andrew Johnson and Trimble were repeat all-conference runners. Johnson continued his steady climb from well off the top-seven lineup as a freshman to eventual mainstay in the lineup. He turned in a career-best time Saturday nearly joined Early in breaking the 17-minute barrier for the first time this season but came in at 17:00 flat.

Trimble finished in the top-five at conference (17:31.00) for the first time after placing seventh as a junior. Holding off Adair (17:33.00) for the fourth spot turned out to be a huge key, as a reversal of those spots would have given Smithville the conference title.

Audas (18:109.70) also ran on last year’s Platte County team initially crowned conference champion before an upheld protest showed an eighth runner started race for the Pirates before exiting the course. This time, the final points were tallied and a proper and deserved celebration that included Blake Bjustrom, last year’s conference runnerup and eventual Class 4 District 8 individual champion now affectionately known as dad who shoed up to cheer on his former teammates to the Blue Division team title stripped from him a year ago.

Next up, Platte County wants to defend the team district title in a new postseason format. The Pirates are now in Class 4 District 4, a 17-team field that essentially combines two districts from 2020 when considerations were made to limit the number of runners in close contact due to COVID-19.

Smithville, Lincoln Prep and Platte County should be the top contenders in Class 4 District 4, which is scheduled to be run a week from Saturday in Lee’s Summit. The top four teams automatically advance to the Class 4 Missouri State Cross Country Championships. Any runner in the top 30 not from a qualifying team also advances.

The Missouri State High School Activities Association increased the number of classifications to five in 2020, and that number remains static this season. With the change a year ago, Platte County reached state for the first time since 2013, and Early, Trimble, Johnson and senior Anthony Talley — not in the top seven Saturday at conference but still an option for the postseason — were all part of the eight-place finish. Additionally, Audas ran through conference before being sidelined in the postseason due to COVID-19 protocols.