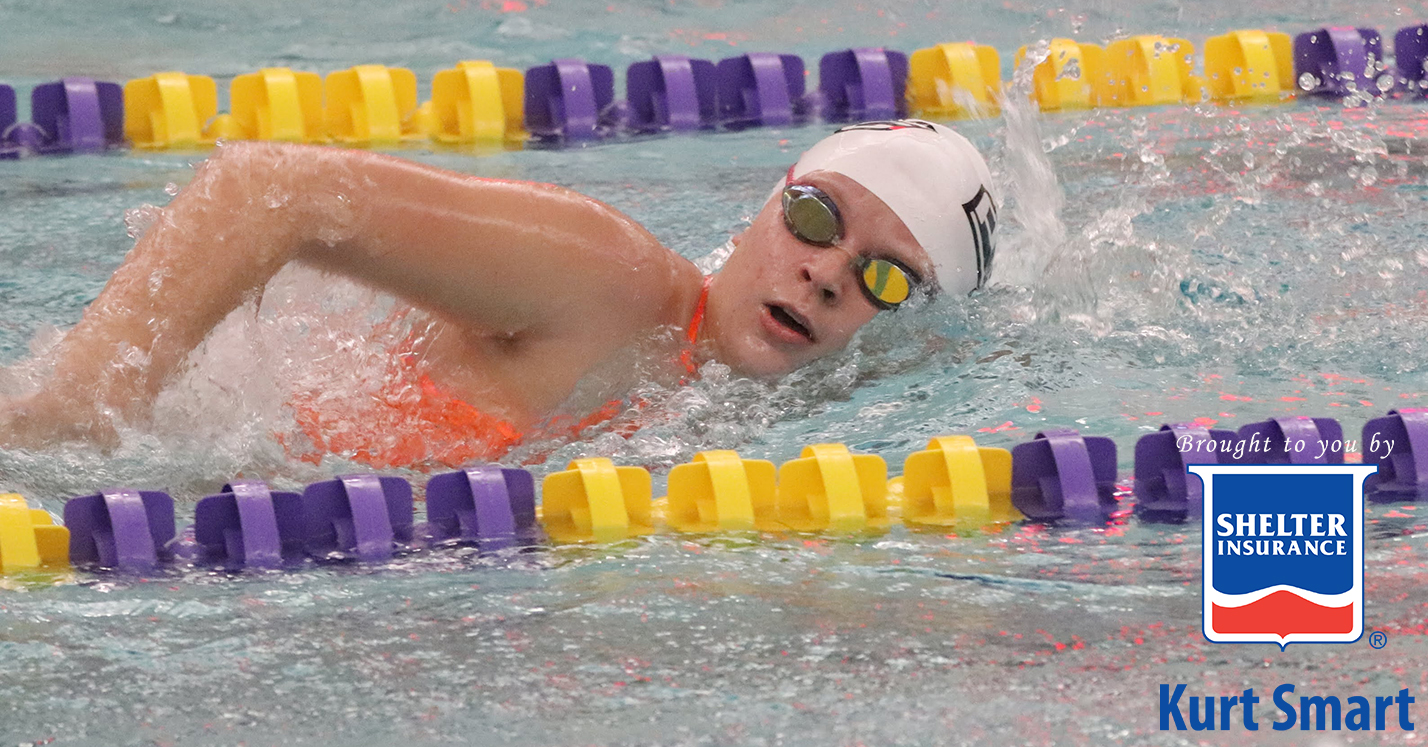 DeLay posted Class 1 Missouri State Swimming and Diving Championships consideration times in winning the 50-yard freestyle and 500-yard freestyle — races at the opposite end of the spectrum. Her showing in the longer of the two races ended up being one for the record books.

Posting a time of 5 minutes, 40.78 seconds, DeLay best the field by a wide margin and ultimately knocked out the oldest school record left at Platte County. Hailee Baer set the previous mark at 5:41.69 in 2016.

Banark owns every other individual school record outside of the 100 breaststroke and topped one of her own marks in winning the 100 backstroke in 1:02.28. She also won the 100 freestyle in 55.42, and both individual victories came with state consideration times.

Overall, Platte County won six of 12 individual events and scored 440 points to finish ahead of Raymore-Peculiar (392) and host Belton (356).

Banark and DeLay were a part of three victories with each swimming a leg for the victorious 200 medley relay along with freshman Brooklynn Hays and junior Meredith Ballou, who swam for the first time this season. Hays also had an individual victory, topping the 100 breaststroke field and becoming the fourth swimmer for the Pirates to post either an auto state cut or consideration state cut. Hays joined Banark (auto), DeLay and senior Maddie Klippenstein, the school record holder in the 100 breaststroke who remains out with a back injury, as potential qualifiers in the breaststroke.

Banark has six state cuts, while DeLay now has four, including her 26.45 winning time in the 50 freestyle at the Belton Invitational. DeLay won the 500 freestyle by more than 30 seconds.

In addition to the six wins, Platte County’s 200 freestyle relay of Banark, Hays, Ballou and DeLay placed second. The Pirates have posted consideration state cuts in both the 200 medley and 200 freestyle relays, but the season-best times came in the season-opening meet and have not been bettered yet with key pieces of the lineup missing at various times.

Automatic state cuts guarantee a spot in the season-ending meet, while remaining openings, if any, are filled by the top consideration times. A swimmer can compete in only two individual events and two relays at state.

Platte County has improved its Class 1 team finish at state each of the past three years behind Banark’s record-breaking talent, culminating in last year’s 16th-place showing. The Pirates will have more opportunities to add to its state contingent and lower times with a home meet Thursday vs. St. Pius X and the Kansas City Classic over the weekend.