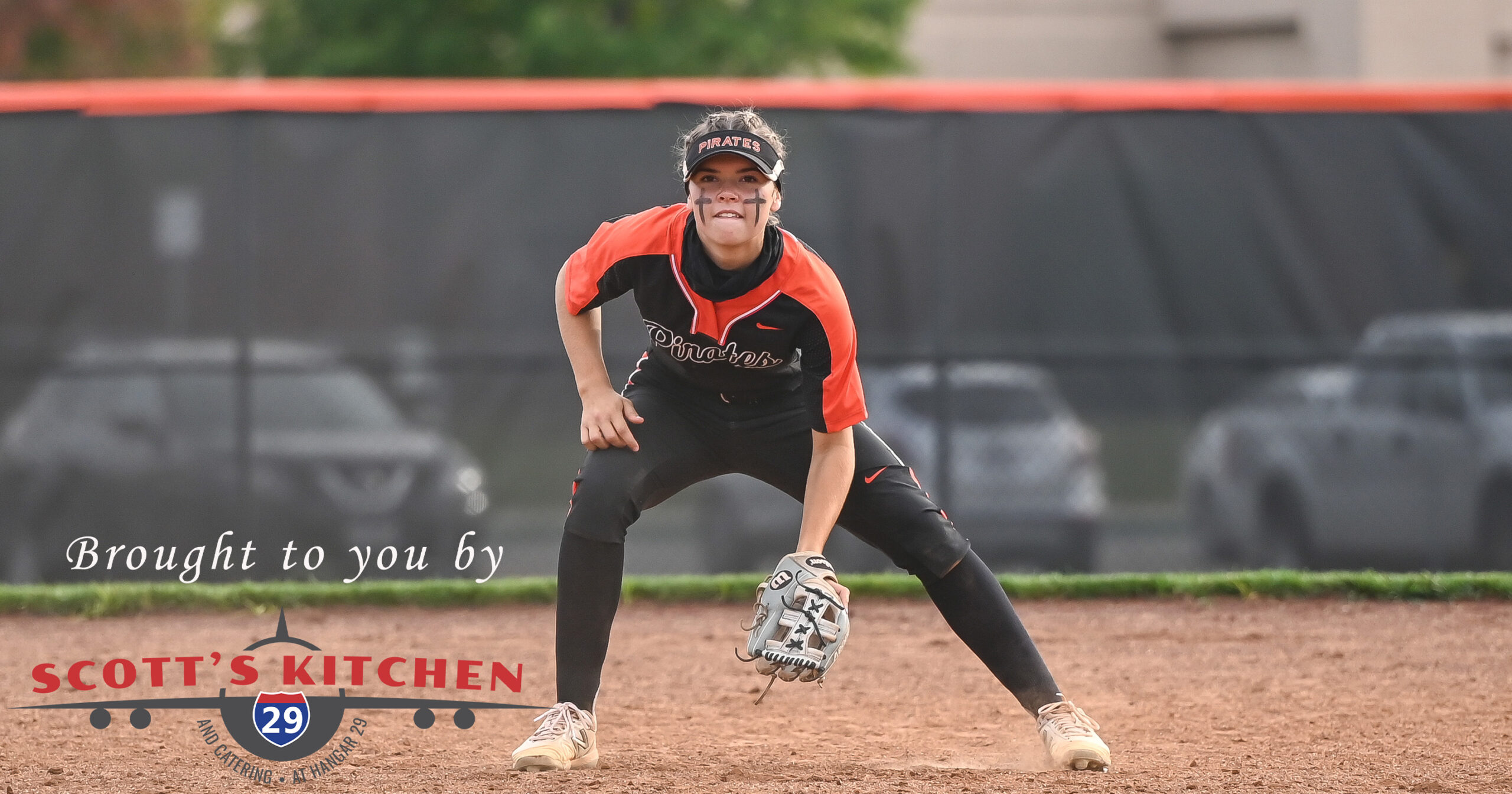 Platte County has shown the ability to put up big run totals, but the biggest wins this season have resulted from limited, manufactured offense.

Maddie Carter, another senior, delivered two key sacrifice bunts for Platte County, which led 1-0 and trailed 2-1 before coming back to win with only six hits.

“This game, we didn’t play as good as we could but definitely better than we have been,” Koeneke said.

Kearney took a 2-1 lead with a pair of runs in the top of the fifth, putting up two of the four hits off of Koeneke and both of the walks. Jadyn Barnes drove in both runs with a two-out, bases-loaded single.

Platte County came right back in the bottom of the fifth.

Mackenzie Shields, a sophomore, reached on an error with no outs to start the rally, and sophomore Abby Reynolds followed with a sacrifice bunt. With a runner in scoring position, senior Halle Magee flew out to right field, but sophomore Demi Riechers came up with the clutch hit, an RBI single to tie the score 2-2.

“We actually work really hard on our small ball and bunting at practice,” Koeneke said. “That’s one thing that we usually beat teams out with, so we usually try to take advantage of that as much as possible.”

Platte County scored the winning run in the bottom of the sixth.

TK Lawson, a sophomore, and Koeneke opened the inning with back-to-back singles, and Carter sacrificed them to second an third. Pirates senior Ana Cesaro then hit a ground ball back to the pitcher, who threw to first to record the second out.

Koeneke then ended up in a rundown and managed to avoid getting tagged out until after Lawson scored the go-ahead run.

“That play wasn’t exactly planned, but you know, you’ve got to work on the fly, I guess,” Koeneke said.

After allowing two runs in the fifth, Koeneke worked around a leadoff single in the sixth and then retired Kearney in order to close out the win.

Platte County had a 1-0 lead in the bottom of the fourth. Lawson singled and Koeneke doubled with freshman pinch-runner Emma Reed scoring on a Carter’s squeeze bunt. Koeneke ended up stranded at third, and the Pirates also stranded Riechers at second in the fifth.

The Pirates scored 11 runs in the first and eight in the second for a quick win Thursday at Platte County High School.

Platte County junior pitcher Chloe Helmer had a perfect three-inning game on the mound, striking out five. The Pirates had just nine hits but drew eight walks and took advantage of 10 errors.

Magee went 3-for-3 with a triple, three runs scored and two RBIs. Heater drove in three and scored three with a triple for her only hit, while Cesaro and Avery Webster both drove in two runs.

Platte County has now won four straight since last week’s loss to Smithville — the only blemish on the Pirates’ 10-1 record. There are five games scheduled for next week, starting with a doubleheader against Winnetonka on Monday and a rematch with Smithville on Tuesday. The Pirates also play at Staley on Wednesday and at home vs. Grandview on Thursday.