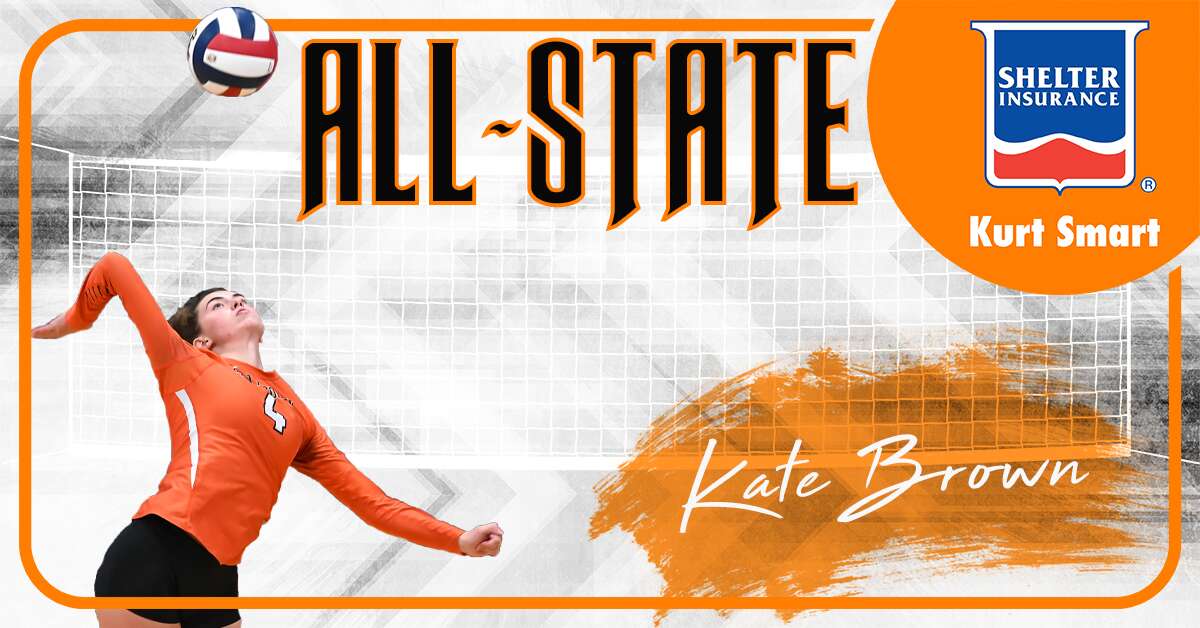 Brown finished an accomplished four-year career as Platte County’s all-time leader in kills with 949, including a career-high 336 this season. This included a team best 27.6 hit percentage to go with 60 service aces, 255 digs and 20 blocks.

Platte County finished 24-10 this season and won 28 matches in each of the previous three years. In 2020, the Pirates reached the Class 4 state semifinals in the deepest playoff run in program history, eventually finishing in third place after losing a heartbreaking semifinal but coming back to win the final match.

In the reclassification cycle, Platte County received a more difficult assignment when moved up to Class 5 in just the second year of the five-class setup for the sport. The Pirates excelled again despite taking a higher-than-normal number of losses playing in two difficult out-of-state tournaments. They earned the No. 1 seed in Class 5 District 16 and lost a five-set thriller in the championship match to Park Hill.