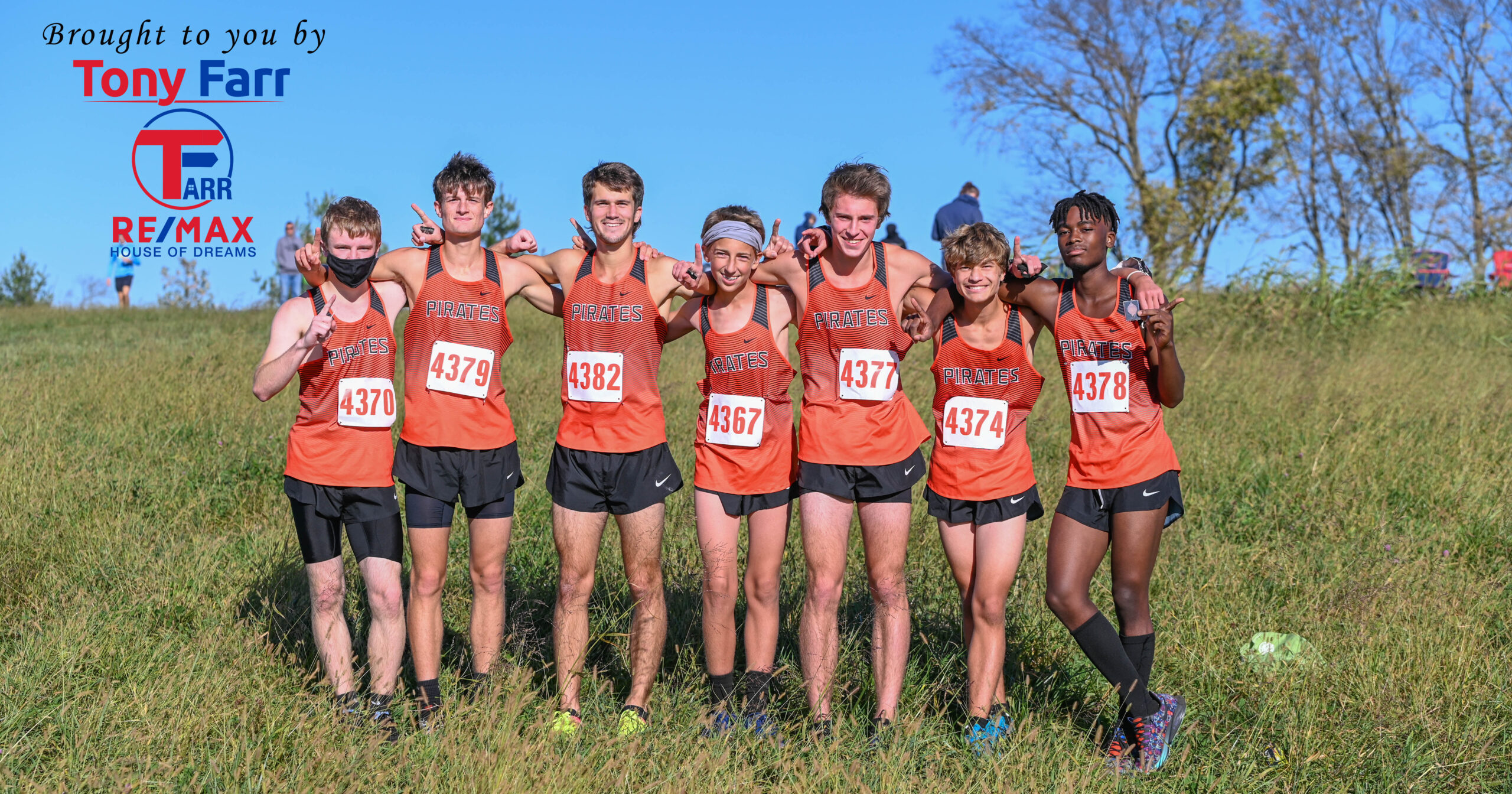 After a focused performance at Platte Ridge Park, the runners celebrated an apparent conference championship win by just four points of rival Smithville. Later, they found out an unspecified coaching error led to a team disqualification that nullified the effort.

Platte County was removed from the team standings, and Smithville claimed the title. However, the individual performances, including a runnerup finish for senior Blake Bjustrom with junior Andrew Early right behind him, stood.

“It was very exciting, very honored, very blessed to be up there in the category with Platte County’s best athletes, best runners. It just means the world to me,” Bjustrom, the lone senior in the top seven for Platte County, said prior to finding out about the team disqualification.

Ruskin senior Kayden Crigger set the pace to easily claim the individual title with a time of 16 minutes, 35.3 seconds. Bjustrom and Early were running together just as they did earlier this season in the Platte County Invitational on the same course, but this time around, the more experienced runner finished first.

“I can’t say that I didn’t (want to beat him),” Bjustrom said. “It’s all good competition, rivalry, but at the end of the day, we’re teammates and we want each other to be better and we want the best from each other. I think that’s why I love having him up there with me.”

Johnson’s strong showing was part of what originally had Platte County with a team total 33 to Smithville’s 37, and Audas was all-conference despite not factoring in the later disqualified team score as the sixth finisher.

“It’s been an experience. I did not expect to come this far,” Johnson said. “Blake and all the other juniors and seniors and upperclassmen have inspired me so much.”

On the girls side, Platte County claimed seven individual all-conference spots but finished third in a bunched 1-2-3 team race. Smithville senior Olivia Littleton (19:25.4) and Lily Cutler (20:02.7) finished with the top two times to lead the Warriors to the team title with a total 27, while Kearney was second with 44.

Kearney’s pack of runners raced out quicker than normal in a noticeable change of strategy. However, Littleton and Cutler were the clear leaders as the race wound toward the finish.

However, Klippenstein entered the final 1,000 meters behind both Kearney sophomore Abby Elam and senior Jillian Vaughn. Platte County’s team leader outsprinted both to the finish line to take third in what looked like important points in trying to best the Bulldogs for second as a team.

“Most of the time (Kearney’s runners) do not go out that fast. It was crazy. I was taken aback, like the first hill they were all in front of me and it was a chase down game,” Klippenstein said. “I did not think I could catch them, but (coach) Stubbs was yelling at me. That whole time, he was like, ‘Reel it in,’ so I was like, ‘OK, I need to catch them,’ so I started sprinting. I expected to die. I don’t know how I hung on.”

“It was a sandwich,” Jurgensmeyer said. “The whole time I was thinking about it and I was like, ‘If I get COVID, this is my last race so I have to get it, as fast as I can go.'”

Platte County freshmen Carmen Gentilia (11th) and Lydia Doole (13th) and senior Kaylee Major (15th) rounded out the team score and made second team all-conference. Major set a PR on her home course for the second time this season, posting a 21:50.3 — about a minute better than her time at Platte Ridge from the Platte County Invitational.

In addition, Platte County seniors Abbie Schwieder (17th) and Ryanne Rhude (20th) also made the all-conference list. The deep, balanced roster should have the Pirates in contention for a state berth as a team in two weeks in the Class 4 District 8 meet scheduled for Jesse James Park in Kearney.

Missouri added a fifth class this season, and the reformatting moved Platte County out of the top tier. Kearney and Smithville will be the main competition for state spots, which will be determined straight from districts after the elimination of sectionals.

Platte County has continued to excel despite the loss of senior Taylor Giger, who has not been able to overcome injury to make it back into the top seven this season. She was the lone state qualifier for the Pirates in 2019.

“I definitely think we did our best today, so it’s just next race, we’ll go out and get them,” Klippenstein said.

After seemingly capturing the first Blue Division title since 2017, Platte County’s boys will also be looking to earn a team state berth, likely fighting with Smithville again for the district title. The Pirates entered the season without graduated state qualifier Matthew Sullivan, but behind Bjustrom’s leadership, they have built a somewhat unexpected championship contender through hard work and perseverance.

“One of my goals going into this season was to make these boys understand the dos and the don’ts,” Bjustrom said. “I just wanted to give these guys what I never got.”