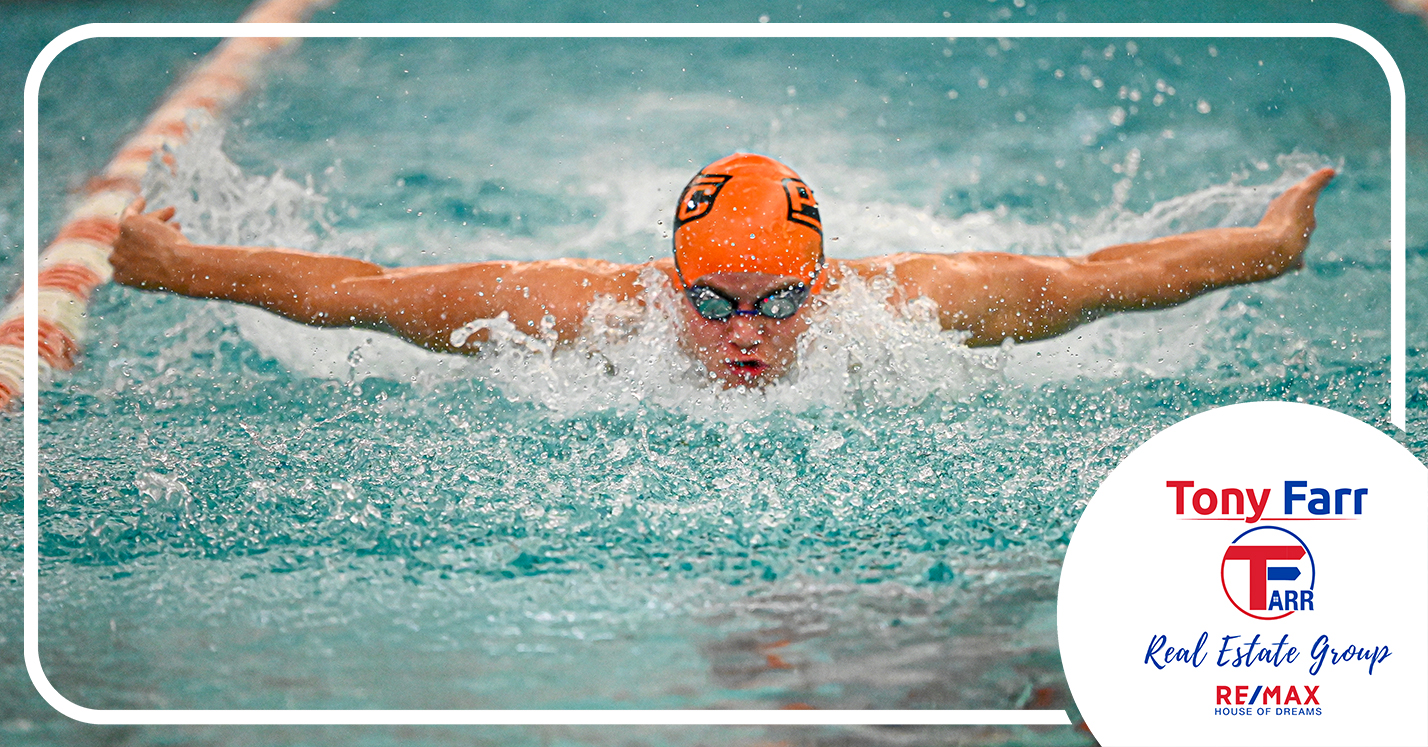 Platte County looks to have the right mix of returners and promising freshmen to once again build its depth. Now two years removed from possibly the best season in program history, the Pirates will have high expectations after a successful conclusion to the 2020 season.

Dylan Bietz, a senior, positioned himself to be the top swimmer on the roster for a second straight year.

As a junior, Bietz qualified for the Class 1 Missouri State Championships in in the 50-meter freestyle and 100-meter freestyle, placing 21st and 20th overall in timed finals. Preliminaries were eliminated with the postseason meet reduced to one day to COVID-19 protocols.

Bietz also swam on Platte County’s 400 freestyle and and 200 medley relays. Additionally, junior Collin Burton swam on both relays and came in 23rd in both the 100 freestyle and 100 butterfly. The 400 freestyle team placed 16th to earn honorable mention all-state honors and score the Pirates’ only two team points at state.

Christian Yocklin, another senior, also swam on the 200 medley relay team, which placed 21st — down four spots from its 17th-best qualifying time.

“This is kind of the 2nd year of a transition to a different team,” Platte County veteran coach Bret Anderson said. “The senior leadership is going to have to work to create the culture of success they want. It’s going to be fun watching the transformation.”

Platte County’s other two state medalists on the 16th-place 400 freestyle relay were graduated seniors Ryan Dye and Jacob Flynn, who was also on the 200 medley squad. Dye and Flynn plus graduated senior Luke Harms all posted consideration state cuts in individual events but did not make the field as individuals.

With those three plus Drake Lacina graduated, Platte County will look to Bietz (freestyle), Burton (butterfly), Yocklin (breaststroke), junior Gage Jonkman (backstroke and distance), junior Brody Corbin (backstroke) and senior Douglas Wallace (breaststroke) to fill in the gaps. The Pirates should again be in contention to qualify all three relays — just missing the 200 freestyle cut with the 26th-best time in 2020 — and increase individual success.

“Our expectations are always to get better each day,” Anderson said. “The key will be for our younger swimmers to step up and be ready to perform.”

Platte County’s depth last year allowed the Pirates to place second to Kearney in the Suburban Conference Blue Division Championships. They then survived a clerical error with the 400 freestyle relay team but ended up in the third and slowest of three heats at state as a result in the meet’s final event.

Despite the challenge, Platte County extended the streak of at least one event in the top 16 at state to five years. Dye, Flynn Bietz and Burton swam a season-best 3 minutes, 30.06 seconds after entering as the No. 22 seed to place second in the heat and then holding onto the 16th and final all-state spot.