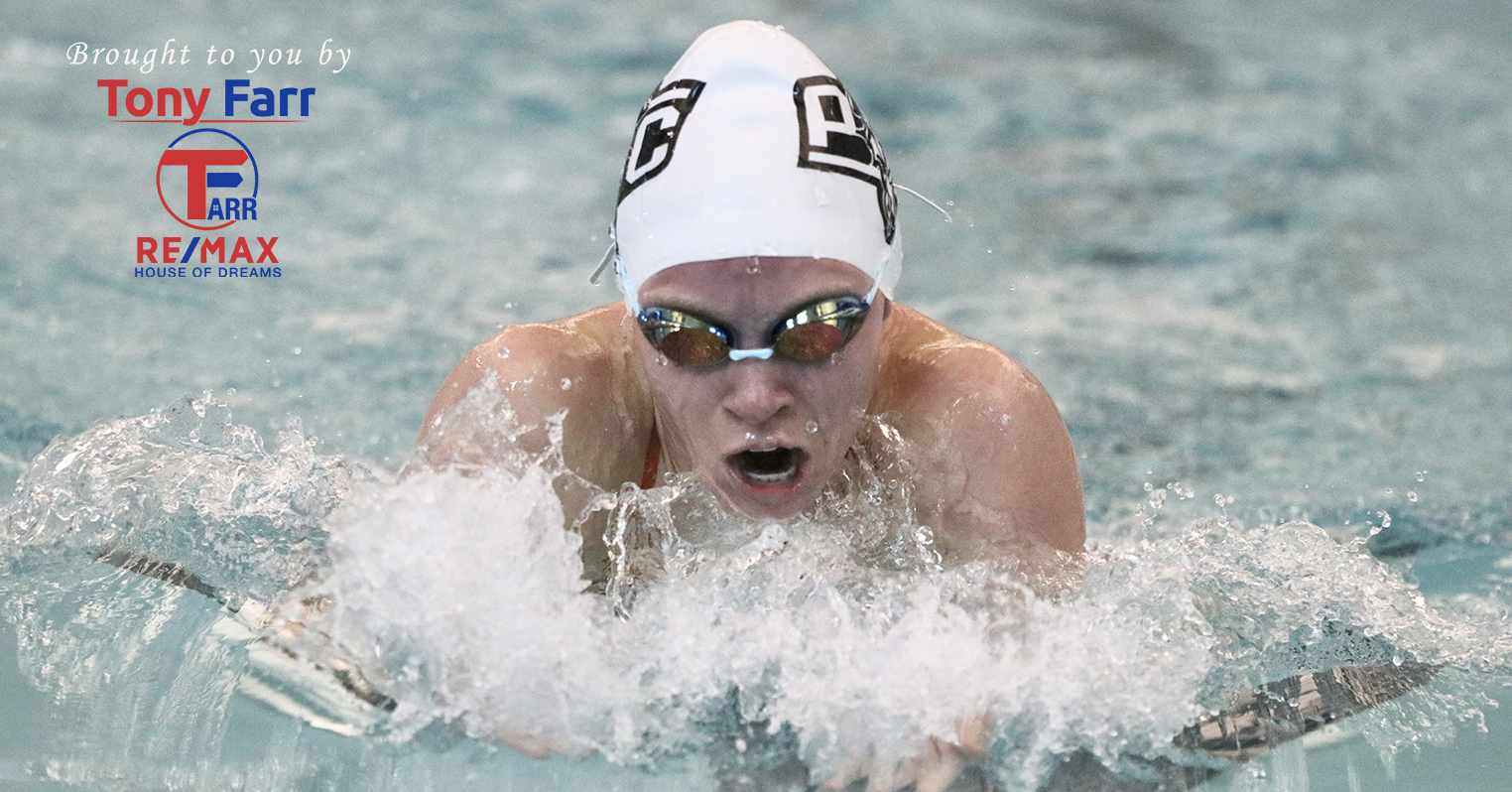 Chances to perform at top level might be limited this season.

Platte County knows the schedule will look different, and the desired competition might not always be present. With that in mind, the Pirates put up some encouraging but simultaneously disappointing times in a pared down version of the Platte County Invitational on Saturday.

There were five expected contributors out, including senior standout Maddie Klippenstein (back), and Platte County won just two events with Class 1 powerhouse Park Hill South dominating the majority of the meet at Platte County Community Center North. Yet, the Pirates remain optimistic for the season knowing the potential.

Platte County senior Shannon Banark — owner of nearly every individual record in program history — won both the 200-yard individual medley and 100-yard breaststroke in the Pirates’ second competition of the season. She recorded the No. 4 automatic qualifying time for the Class 1 Missouri State Swimming and Diving Championships in both events becoming the first swimmer for the Pirates to guarantee a spot for the Pirates in what will undoubtedly be a unique season due to COVID-19 precautions.

Typically, Platte County welcomes 10 to 15 teams to its home invitational but had to cut down this year with St. Pius X and Smithville having much smaller teams. The Pirates would like to have a few more state qualifying times at this point in the season given the talent on the roster and knowing what the schedule looks like.

“Not a lot of chances. That’s the problem,” Platte County coach Marnie Jenkins said. “I love this team. They are hard-working, and we’re just amazed at how practice practically runs on its own because I’ve got nine seniors keeping everyone going — great leaders and awesome girls.”

With key pieces missing, all three of Platte County’s relays finished second and remained at consideration times. The Pirates expect to cut significant time at some point and possibly challenge for school records.

Platte County’s 200 medley relay on Saturday included freshman Brooklynn Hays, sophomore Drew DeLay, senior Sage Nichols and Banark. The Pirates finished at 2 minutes, 0.24 seconds to come in just off the season-best time set at a quad a week earlier and a little more than 3½ seconds back of Park Hill South.

The 200-yard freestyle team of Banark, Nichols, DeLay and Hays posted a 1:47.71 to come in about 2½ seconds back of Park Hill South, which dominated the 400 freestyle relay with a winning margin of nearly 44 seconds over Platte County’s Maddie Kunz, Erian Stone, Ella Chiddix and Emilia Wisniewski.

Banark, a five-time individual all-state or honorable mention all-state performer for Platte County, competed in the 200 IM for the first time this season. She finished in 2:15.07 to edge Park Hill South sophomore Sydney Staebell by 0.24 of a second.

“I’m not really a breaststroker so I thought it would be fun to do it,” Banark said. “We pushed each other really well, so I was happy with how we raced.”

DeLay finished as runnerup in the 50 freestyle behind Park Hill South sophomore star Lola Reuscher, and Nichols placed third in the 200 freestyle for Platte County’s only other top-three finishes. The Pirates totaled 492 points to finish second out of four teams with Park Hill South swimming away with the title at 672.

While the first two competitions have seen some typical variance in swimmers competing in different events, Platte County will likely start to focus and specialize individuals more in the coming weeks with the long-term in mind.

Banark knows Platte County has the most talent it has ever had, and the Pirates want to chase a top-10 team finish at state for the first time ever. They’ve continually rewritten the record book the past three seasons, and to do it again, Banark knows she needs to be all-state in her two events and push for all-state relay finishes.

For now, Banark plans to pursue the 200 IM again, an event she finished seventh in state as a junior and 10th as a freshman. She’s keeping her other options open after previously finishing top 10 in the 100 freestyle (sixth), 50 freestyle (fifth) and 100 butterfly (10th) the past two seasons.

The additional state qualifiers should also start to emerge for Platte County, which is scheduled to compete a dual at Blue Springs on Tuesday. The Pirates hope to have Klippenstein back and a few other season debutantes in Sophie Zimmerman and Meredith Ballou to fill out more of the events.

“Next meet, I’m letting them choose,” Jenkins said. “I’m thinking, ‘Whatever you think you can get a varsity cut or close to a state cut, let’s get that done.'”