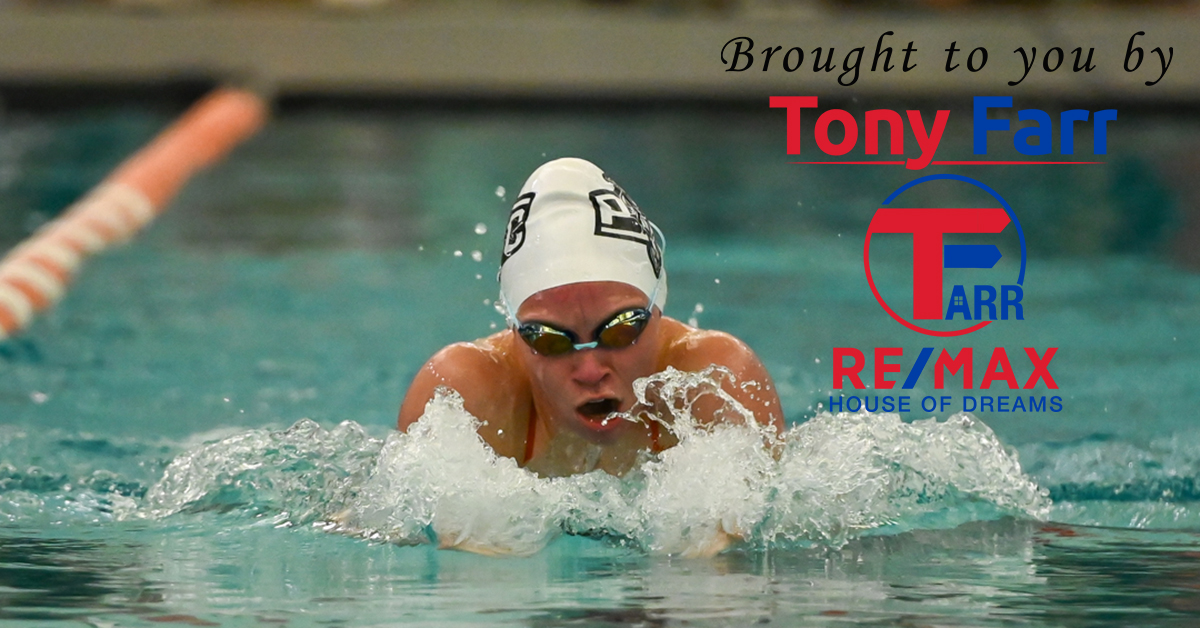 Another week and another two school records fall.

This time, Platte County senior Shannon Banark added to her storied career with a record-setting performance in the 100-yard breaststroke and then bettering her own mark in the 100 backstroke for the second time this season. The Pirates have yet to have a full roster available for any competition this season, but Banark, sophomore Drew DeLay and company have kept results consistent.

Banark claimed one of only two swimming school records she didn’t own in a triangular with Kearney and St. Pius X last Thursday at Platte County Community Center North. She won the 100 breaststroke in 1 minute, 8.42 seconds — the No. 2 time in the state for Class 1 to this point in the season — to better the previous record of senior teammate Maddie Klippenstein from last season (1:09.05) by more than a half second.

Platte County won six of 12 events overall in the triangular, showing off its depth to easily win the team competitions.

DeLay, who recently set the school record in the 500 freestyle, claimed a victory in the 50 freestyle (26.56), finishing just ahead of freshman teammate Brooklynn Hays (26.65). DeLay was just off of her season-best time, while Hays posted a state consideration cut as the runnerup.

Platte County put seven events in the top 16 of a deep field over the weekend in Gladstone, racking up enough points to finish ninth out of 18 teams in the final standings.

Banark and DeLay made the finals in both of their individual events, and two of three relays qualified for the A final, while the 400 freestyle team was disqualified in the B final. The Pirates were still without Klippenstein, who remains out of action due to a back injury.

Setting a pair of season-bests, Banark finished third in the 200 individual medley (2:10.99) and seventh in the 100 butterfly (1:01.37). She has an auto or consideration state cut in six individual events and is top 10 in Class 1 in five of those.

In the preliminaries, the 400 freestyle relay of senior Erian Stone, Zimmerman, Nichols and Wisniewski set a season-best of 4:15.60 to qualify for the B final before the DQ in the finals on Saturday. The Pirates now have a consideration time in all three relays, meaning each will have a shot to make state. The 400 team currently ranks No. 29.

Park Hill South won the KC Classic team title with 337 points, while Platte County had 98, claiming ninth by just two points over Hickman and three points over St. Teresa’s in a crowded bunch at the back of the top 10.

Auto qualifying times guarantee a state spot, while consideration times are eligible to fill out the remainder of the field if there are openings left. Currently, Platte County has the following automatic qualifiers (each swimmer is limited to two individual events and two relays at state):

Most of Platte County’s swimmers either sat out or participated in “off” events. However, Banark created a highlight and re-broke her 100 backstroke record, winning the event in 1:01.45 and knocking almost a full second off the previous mark she set two weeks earlier at 1:02.28. This gave her an auto qualifying time in the event.

Hays also earned a consideration cut while winning the 200 freestyle in 2:12.25.