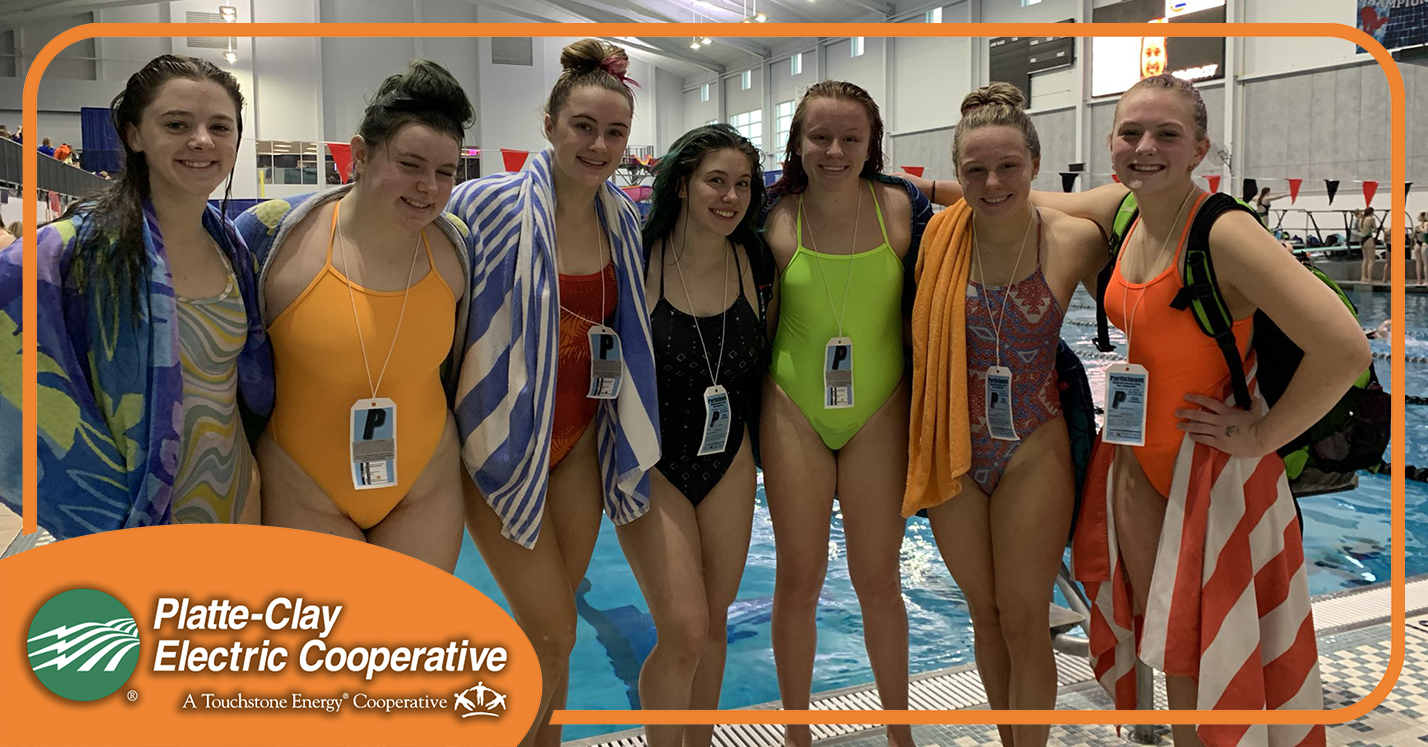 Meredith Ballou spent the last two days of her Platte County career keeping up tradition built over the previous four years. The Pirates senior leader made the championship final in one individual event during the Class 1 Missouri State Swimming and Diving Championships this past weekend at RecPlex in St. Peters and made the consolation finals three times — one in her other individual event and as part of two top-16 relays.

Prior to this season, Ballou had not qualified for state in an individual event.

Platte County lost a historic and record-setting senior class to graduation in 2021, but there was no significant dropoff. The Pirates totaled 37 points and placed in a tie for 21st in the final team standings — just 11 out of 16th.

Ballou led the way with her first all-state finish in the 200-yard individual medley, while junior Drew DeLay and sophomore Brooklynn Hays joined her as honorable mention all-state in the 100-yard breaststroke.

This allowed Platte County to create a similar state showing to a year ago when the Pirates were in the top 10 behind four-year all-state performer Shannon Banark, now swimming Division I at South Dakota. The majority of the points came from two top relays and a bunched showing in the breaststroke, and the only difference ended up being the absence of Banark’s overwhelming individual star power.

Still, Platte County enjoyed a successful conclusion to the season behind a senior class of four that included Ballou, Erian Stone and Maria Molinari — the latter two alternates for the Pirates’ three state-qualifying relays.

Ballou saved her best for last in the 100 breaststroke, setting a career-best in Thursday’s preliminaries at 1:08.72 to claim the eighth and final spot in the finals. A year ago, the state only took the top 24 individuals and relays in each event and scrapped preliminaries due to COVID-19 protocols. The year, the top 32 qualified with four preliminary races.

Ballou qualified for the consolation semifinal in the IM, as well. She went 2:18.15 in preliminaries but was more than a second off of her career-best before fading slightly to 16th in the finals. Still, the two top-16 individual finishes impressed after COVID protocols likely kept her from at least one individual state berth a year earlier.

Hays added another honorable mention all-state performance in the 50 freestyle. She set a season-best in prelims at 25.26 and then placed 12th in the finals at 25.58. Her previous best was 25.45.

Ballou, DeLay and Hays were also part of both of Platte County’s honorable mention all-state relays. The Pirates loaded up on the freestyle quartets with junior Madeline Judy swimming on the 200 freestyle team that qualified 11th out of prelims and placed 13th in the consolation final. The same quartet set the school record in the event earlier this month but didn’t approach that time in the season’s final competition. Madeleine Stone, a freshman, swam on the 400 freestyle team that was 10th out of preliminaries and just off the season-best and placed 15th.

With the top trio limited to two relays due to individual events, Platte County entered Madeleine Stone, Judy, freshman Ireland Shank and junior Blair Bolling in the 200 medley really. The Pirates were 22nd in preliminaries and missed the finals.

Platte County juniors Lauren Beatty and Ella Chiddix plus sophomore Jayden Benninghoff were also alternates for the relays. The bulk of the Pirates’ qualifiers will return next year with more state potential and as four-time defending Suburban Conference Blue Division champions.

Ballou will be missed after what can be definitively called an all-state career that includes this year’s eighth-place finish in the 100 breaststroke plus her involvement on the two 2021 relays that made the state finals. She also has this year’s three honorable mention all-state distinctions.