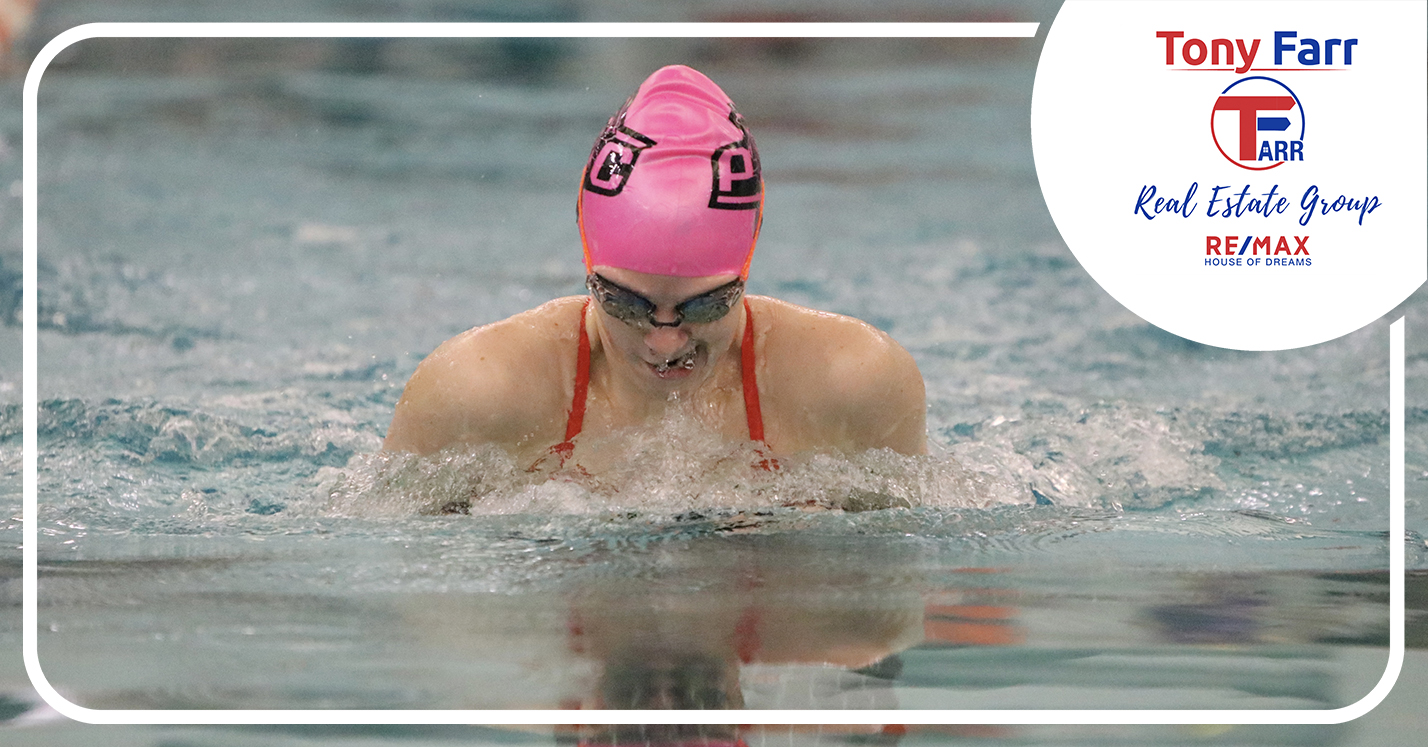 Platte County faced a certain challenge in replacing not only the definitive swimmer in program history but also the rest of a record-setting group of seniors.

This year’s roster featured a trio of known standouts, but a quick start to the season showed the additional potential from developing contributors and talented freshmen. The progress showed in Friday’s preliminaries of the COMO Invitational when senior Meredith Ballou, juniors Drew DeLay and Madeline Judy and sophomore Brooklynn Hays set the school record in the 200-yard freestyle and qualified for the A finals.

Platte County qualified a pair of relays in the top 16 while DeLay made the B Finals in the 100 breaststroke. The Pirates totaled 35 team points and placed 17th out of 35 teams in one of the state’s largest meets.

“Obviously, when you touch the wall and you turn around and you see that best time, it’s only going to push you to get better,” Ballou said. “So I’m just very excited with the outcomes of our team right now, and I think that it’s showing and we’re all pushing each other. I think that’s a big element of a team is being able to push each other in a positive way, and I think we’ve been able to do that this season.”

A year ago, Platte County set school records in the 200 medley, 200 freestyle and 400 freestyle relays with help from Shannon Banark, who won a combined seven all-state medals and four honorable mention all-state honors from 2018-2021. The Pirates have mostly gone with a symmetrical top four of one senior, one junior, one sophomore and freshman Madeleine Stone, but Judy pushed for time in impressive fashion.

Judy has undergone three different ACL surgeries on the same knee and combined with Ballou, DeLay and Hays for a school record and new Class 1 Missouri State Swimming and Diving Championships time of 1 minute, 43.15 seconds in the COMO Invitational preliminaries. This smashed the previous mark of 1:44.55 Ballou, DeLay, Hays and Banark set just a season ago.

“I’m very proud of my team,” said Ballou, who along with DeLay is a member of all three school-record relay teams. “We’ve been working really hard every day in the water to get back to where we were last year, especially after the loss of not only Shannon but eight other seniors who were very fast and involved on varsity. I think we’ve been able to put the work in at practice, and it shows.”

The mark qualified Platte County sixth overall for the A final, and the Pirates went on to place seventh Saturday in 1:43.67. They shaved more than 3 seconds off of the previous season-best in the event for the team and pushed into the top 10 in Class 1.

Much of the season has included a focus on the returning all-state 200 medley and 400 freestyle relays, and the latter made the B final in COMO with Ballou, DeLay, Hays and Stone placed 13th in 3:49.01, a slight improvement over their preliminary time.

These also marked season-bests for Platte County and maintaining a top-10 ranking.

“I’m very surprised,” Ballou said, “because … (Stone and Judy) have been trading off substituting in our relays, and they’ve been able to hold their ground. I think that myself, Drew and Brooklynn are just very excited for those relays and how they’re going to turn out at state.”

DeLay added a season-best and top-10 state time in the 100 breaststroke in both preliminaries (1:09.80) and finals (1:09.75) as Platte County’s only individual finalist. She finished 14th overall and accounted for the remainder of the team points after moving up from her spot as the No. 16 qualifier out of prelims.

Platte County now hits the stretch run with realistic goals of another strong state showing in Class 1. The Pirates have senior night Thursday in their final home meet with the Suburban Conference Blue Division Championships scheduled for the first week in February. They enter as three-time defending champions and with returning medalists like Ballou, DeLay and Hays plus Judy, Benninghoff and others stepping into bigger roles and freshmen like Stone and Ireland Shank, there’s plenty of reason for optimism.

“We obviously have some pretty high expectations,” Ballou said, “but regardless of whether we meet those or not, I think we’ll be proud of ourselves and how far that we’ve come. Honestly, I have no idea what will be happening at state, so much will change between now and then.”

In a unique dual of Pirates, Belton prevailed last Tuesday at Platte County Community Center North, although the main objective for both teams was allowing as many on the rosters as possible to participate in a competitive situation.

Platte County took first in six of the 12 events, including a sweep of the three relays, but also didn’t have a single entrant into the 500 freestyle nor 1-meter diving. Individual winners were Ballou (100 breaststroke and 50 freestyle) and junior Blair Bolling (200 IM). In the 50 freestyle, Ballou (26.56) and DeLay (26.65) went 1-2, and both set season-lows in the event. The Pirates’ 200 medley relay team was Hays, Judy, Shank and senior Erian Stone, while the 200 freestyle team mirrored the school-record lineup used days later at COMO — Ballou, DeLay, Judy and Hays.

The 400 freestyle team of Bolling, Erian Stone and juniors Charlotte Hammond and Lauren Beatty concluded the meet with another victory.