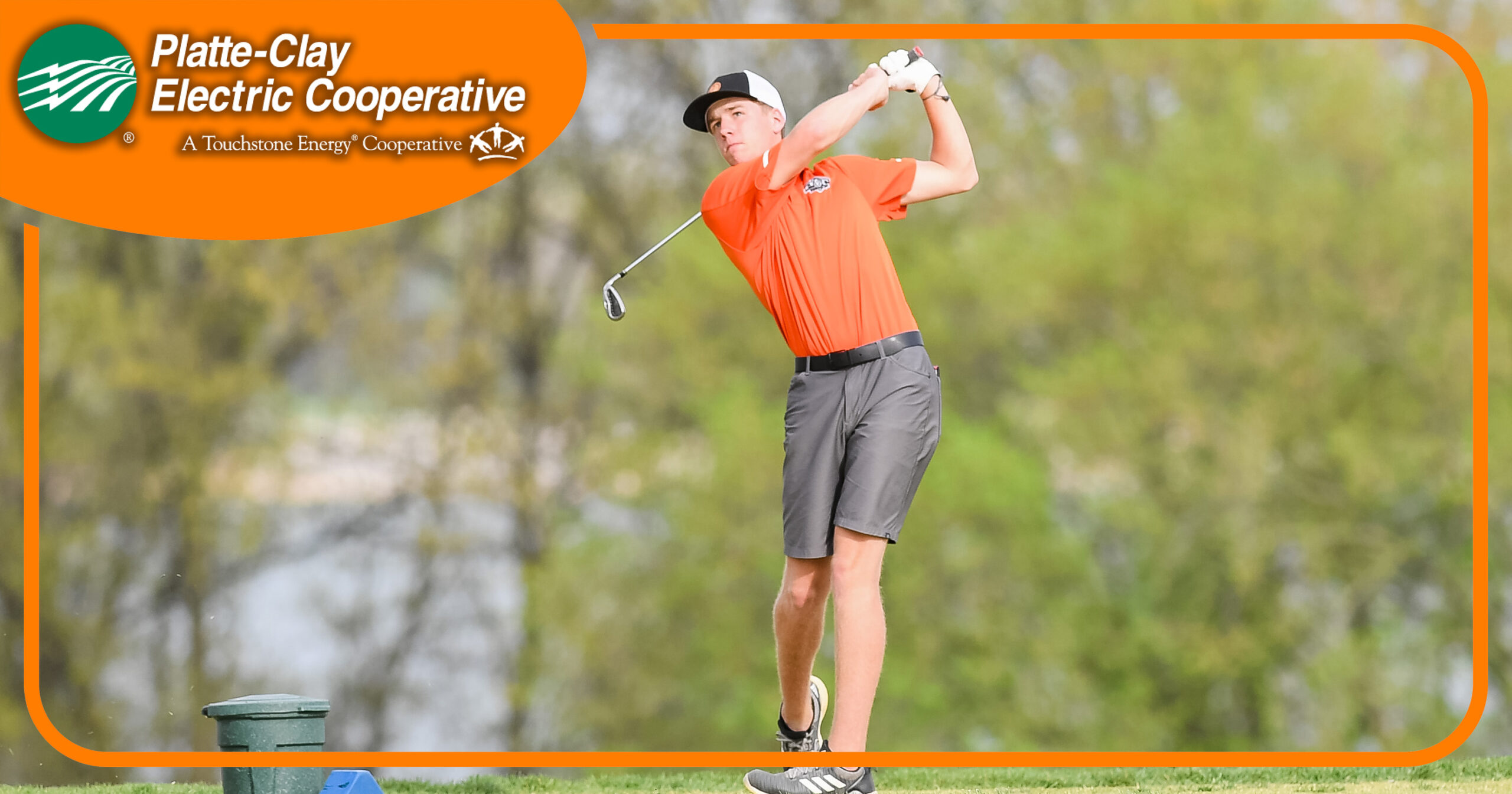 Platte County junior Parker Amos hits a shot during a round last year. He returns as the Pirates' No. 1 player. TODD NUGENT/PC Preps Extra

Platte County sorted through options a year ago and eventually settled on a senior-heavy lineup for the Suburban Conference Blue Division Championships and the postseason. After a disappointing finish to the season, the Pirates return just one player from the top five but certainly one with plenty of motivation.

Parker Amos, a junior and Platte County’s returning No. 1, placed third in conference but ultimately missed a berth to the Class 4 Missouri State Golf Championships by a single stroke after an off day at the wrong tournament. Outside of Amos, the Pirates bring back juniors Carson Childers and Jackson Gabbert with limited varsity experience plus a lot of questions about who fills out a rebuilt roster.

“The team is excited for the upcoming season,” Platte County veteran coach Trevor Short said. “We will be relying on our veteran leadership to help guide our team. Only returning three players from the previous season is tough, but the team has the determination to get better every day and make a run in the postseason.”

A year removed from a canceled season due to COVID-19, Amos quickly established himself as the No. 1 for Platte County in his sophomore and debut high school season. His season came to an end when he shot a 17-over 89 in the Class 4 District 4 tournament, which under last year’s postseason format allowed for the top 18 plus ties to advance to state.

Platte County finished seventh as a team with seniors Evan Handke, Lakin Talley, Grant Gomel and Colby Guffey also competition. Only Handke, who tied for 13th at districts, advanced to state where he shot 88-98—196 to place 80th in the Class 4 competition.

A year ago, Platte County entered with Handke plus plenty of question marks coming off a lost and potentially strong 2020 season. He quickly slotted in with Amos at the top of the lineup, while Connor Dean, Gomel and Childers opened the year in the top five. Eventually, Talley and Guffey — a pair of first-year participants — wedged their way into the picture to provide a lot of depth and parity.

However, Platte County must now replace almost all of that depth with new faces while Amos likely provides the needed anchor at the top of the lineup. The Pirates finished third in a tight team race with Smithville and Kearney at conference despite having Amos (third), Guffey (fifth) and Handke (seventh) in the top 10.

The state qualification process will also change again. There will still be four classes in each of five districts, but the team champion and runnerup will advance their top four player scores from the district tournament to state. If a team’s fourth and fifth player score is a tie, both players move and do not count toward the individual allotment.

The top 12 individuals — plus ties — not from the top two teams’ top four will also qualify. If the fifth player rom the qualifying teams makes this cut, they can also potentially contribute to the team score at state.