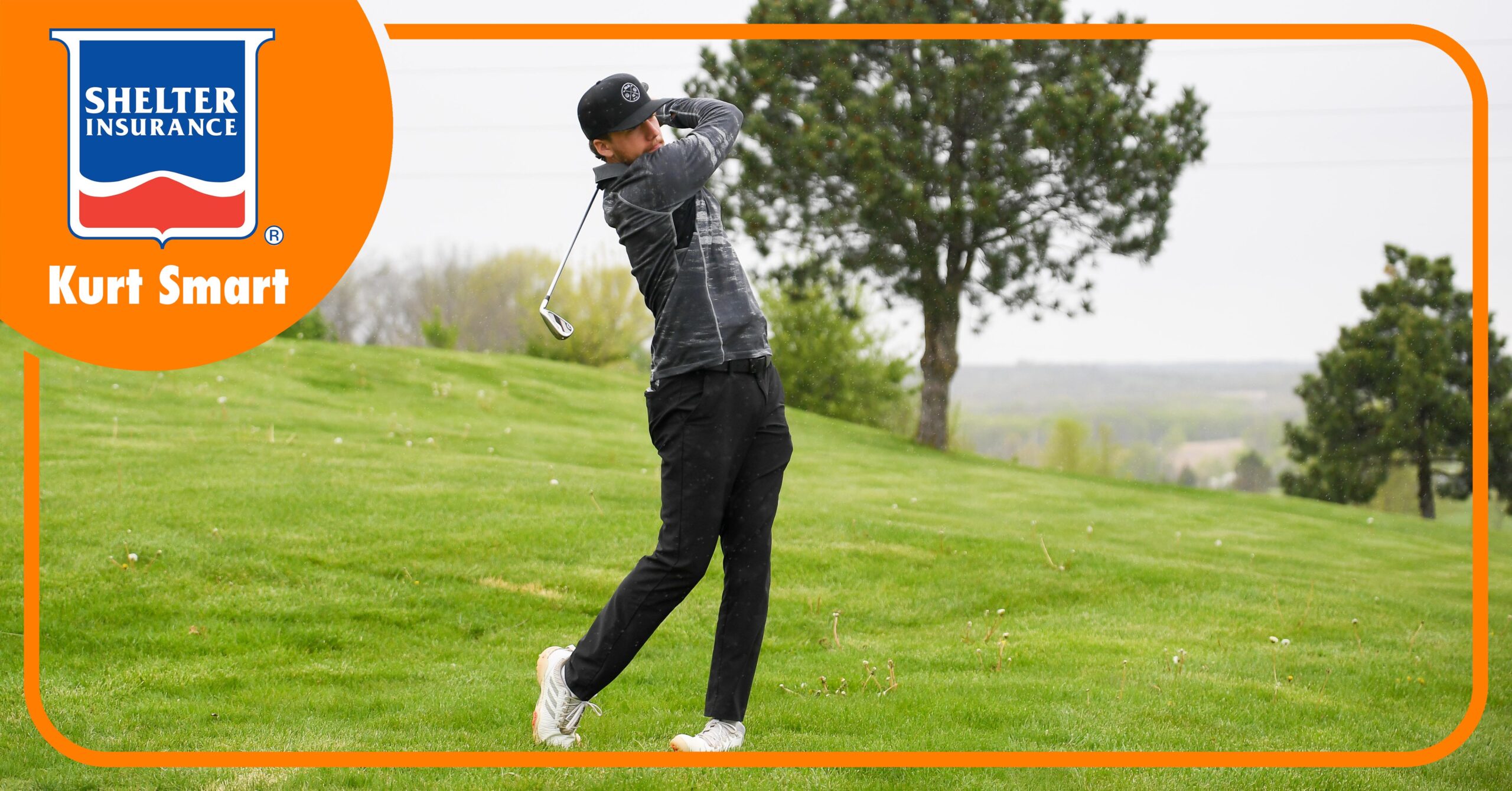 A year removed from the biggest disappointment of his career, Parker Amos emphatically avoided any risk of a repeat scenario.

Platte County’s junior No. 1 carded a 7-over 79 on Monday in the Class 4 District 8 tournament at Drumm Farm Golf Club in Independence. He finished third overall and easily nabbed one of the 12 individual qualifying spots for next week’s Class 4 Missouri State Golf Championships in another new postseason format.

Smith-Cotton (346) won the team title with Grain Valley (348) second to earn the auto team berths for their top four players. The best 12 individuals not from those teams also qualified with Amos not anywhere near the cut line of 90. With no freshman season due to COVID-19, he played No. 1 for the Pirates as a sophomore and seemed poised to take one of 18 individual state spots last year only to come up one stroke short.

Platte County finished sixth out of 11 teams with a 369, just seven shots back of third-place Marshall and three behind fifth-place Smithville in a tightly bunched pack behind the top two teams.

After some relative struggles late in the season, Amos turned in a solid round and finished only behind Smithville senior Andrew Conrad (76) and Capital City’s Marshall Meredith (78). Platte County junior Jackson Gabbert ended up tied for 22nd with a 93, while junior Carson Childers shot 95 with both in contention until late in the round. The Pirates entered the season with Amos the most-proven player with Gabbert and Childers having limited varsity experience. They added in first-year seniors Dylan Mitchell (102) and Jake Kingery (104) with the order of players two through five varying on a regular basis.

Platte County entered the district with a chance to compete for one of the auto berths but eventually faded back with Mitchell and Kingery well off their recent pattern of scores.

“The team did a great job today,” Short said. “We gave it a good run but came up short on a few holes today. Childers and Gabbert both held on strong throughout the day, but a few shots here and there managed to keep them from advancing. Kingery and Mitchell also played well for their first district tournament ever, but it just wasn’t quite good enough to advance.”

Platte County entered off of a dramatic tiebreaker victory over Smithville to win the Suburban Conference Blue Division title a week earlier. All five players earned at least honorable mention all-conference honors with Childers’ fifth score earning the trophy for the Pirates — their first since 2017 despite returning just one player from last year.

That player is Amos, who will play Monday and Tuesday in the two-round Class 4 state tournament at Meadow Lake Acres in New Bloomfield. Last season, Platte County sent graduated senior Evan Handke to state, and he finished 80th. The top 15 players plus ties earn all-state honors, and the Pirates have only two individuals in program history to have achieved that feat. Jeremy Glasbrennar was the first in 1999, while Barrett Martens did it three times from 2000 to 2002, including a state championship in 2001.