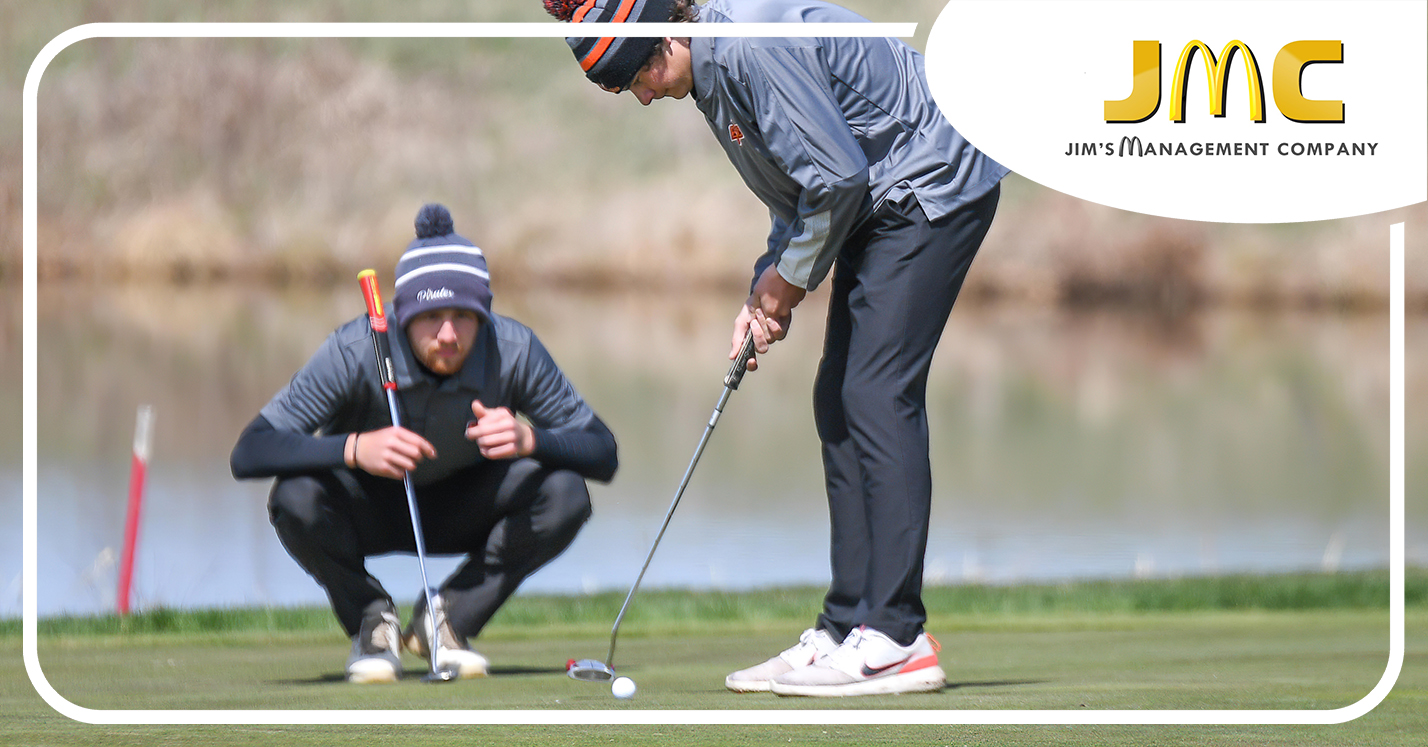 Amos, Childers team up to medal at home scramble tournament

Regardless of partner to this point, Parker Amos seems to enjoy playing in a unique home tournament.

Platte County’s junior star No. 1 teamed with junior Carson Childers to post a 1-under 70 in the Pirate Scramble Invitational at Shiloh Springs Golf Course. The tournament allows each team three two-player duos with the top two contributing to a team-score.

Amos and Childers’ 70 plus a 9-over 80 for senior Jake Kingery and junior Jackson Gabbert gave Platte County a 150, which tied for third with Lee’s Summit West. Rockhurst won the team title with a 144, while Kearney was second with a 144.

Ten of the two-man teams medaled, and Kingery and Gabbert just missed out, tying for 13th with four others.

“We were very pleased with the results today,” Platte County coach Trevor Short said. “The team played well and was able to place high in the rankings. This was a great opportunity for the players to strategize on each shot and use teamwork to shoot their scores.”

In a scramble, both players on a team hit a shot, and they choose which ball to play next, continuing that for each shot on every hole.

A year earlier, Platte County finished second as a team with Amos teaming up with senior Evan Handke to shoot a 3-under 68, also good for fourth. Amos ended up the only returner from last year’s top-seven in the lineup, making the early season an opportunity for Short to assess his lineup.

Amos plays No. 1 for a second straight year, while Childers and Gabbert brought the most returning experience. Childers played in this event a year ago but did not factor into the team score, while Gabbert played for the Pirates’ second team in the home tournament but combined with graduated senior Connor Dean to place 20th with an 78.

Kingery and fellow first-year Platte County seniors Connor Harmon and Dylan Mitchell round out the rest of the current top six fighting for playing time. Harmon and Mitchell finished 21st with an 84. There were 48 teams total in the field.

The Pirates earned their first dual win of the season Wednesday, weathering difficult conditions on The Posse Course at Paradise Pointe Golf Complex in Smithville.

Amos earned medalist honors with a 6-over 42, while Gabbert and Mitchell shot 50s. Kingery rounded out the team score with a 56, and Childers continued to play in the top five as Short continues to look at options for the lineup.

“It was good to get a victory under our belt for the season,” he said. “We are starting to play a little more consistently and battling the weather at the same time. We have run into a stretch lately of cold and windy weather. It is a good opportunity to play in these types of conditions to better prepare ourselves for any future events that have similar conditions. We are starting to see some changes to the lineup to see what is our best combination of players to produce quality scores.”

After a strong run of play, Platte County didn’t fare as well in Thursday’s tournament at Tiffany Greens Golf Course in Kansas City. The Pirates finished 12th as a team with a 374 with Amos again a medalist. He shot an 8-over 80 to tie for 10th in a difficult field.

The contributors for Platte County continued to fluctuate.

Childers rebounded from his off round the day before and shot a 94, while Kingery came in under 100 at 98. Mitchell rounded out the team scored with a 102, while Gabbert uncharacteristically struggled to a 104.

Again, the weather played a factor with cold winds and occasional precipitation.

“The team battled very tough conditions on the course today,” Short said. “The wind was constantly gusting all day with very cold temperatures added into the mix. We are having success with certain aspects from each player and gaining more experience every time we are on the course.”